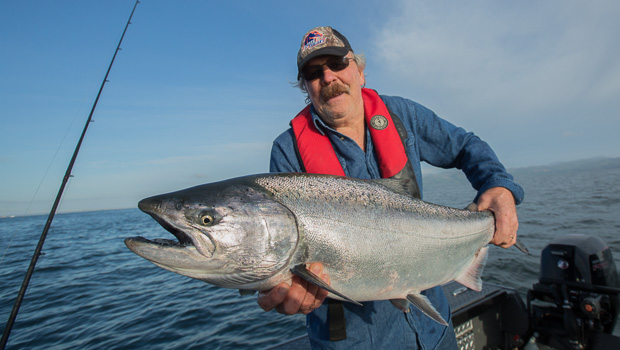 The 2022 Columbia River Summer/Fall Salmon and Steelhead seasons have been set. This is a joint effort with WDFW and takes some coordination each year. Increased numbers on this year’s fall salmon forecast are giving us a summer salmon season, a longer fall salmon season throughout the Columbia River, and a 3 fish bag limit in Astoria during the fall Coho season!  We’ve been waiting for this announcement and now it’s official, so here we go.

The lower Columbia River, from the Astoria-Megler Bridge up to Bonneville Dam, re-opened for salmon retention on July 1st and will remain open for Chinook salmon, Steelhead, and Sockeye retention through July 31st. With fish counts higher than expected, the expected return for summer Chinook salmon has been updated to 82,300 fish, which is almost 150% of the pre-season forecast. There’s a lot of fish! Daily bag limit is two adult salmonids (hatchery Chinook, hatchery steelhead, and sockeye) with no more than one steelhead allowed. These days will be combination days were we may be fishing for multiple species during the day.

We target Columbia River Fall Salmon before they even enter the river. Fall Chinook and Coho stage in the Pacific Ocean near Astoria to bulk up and wait for the perfect time to run the river. This year the ocean opens up on June 25th and we’ll be out fishing the ocean before moving into the river with the fish.


The official start of the Columbia River Fall Salmon season takes place in Astoria, at the well-known Buoy 10 Salmon fishery. Opening day this year is August 1st, and we’ll be chasing hatchery Chinook and Coho Salmon through August 24th. On the 25th, Chinook retention opens up to add native fish as well through September 7th. After that, it becomes a Coho Salmon show (with a 3 fish limit!) for the remainder of the Buoy 10 season, which will run through September and into October. Combine our favorite fishery with what is usually the best weather of the year, and Astoria is the place to be for fishing, dining, and sightseeing during the Buoy 10 salmon season.

The Columbia River in the Portland area will be open for Chinook and Hatchery Coho Salmon retention from August 1st through September 13th. After a brief closure, it opens again October 1st through December 31st. With all of the prime fishing action taking place at Buoy 10 in Astoria we probably won’t be fishing this area until after September 7th. If you’re looking for a weekend fishing trip, this might be the perfect option. 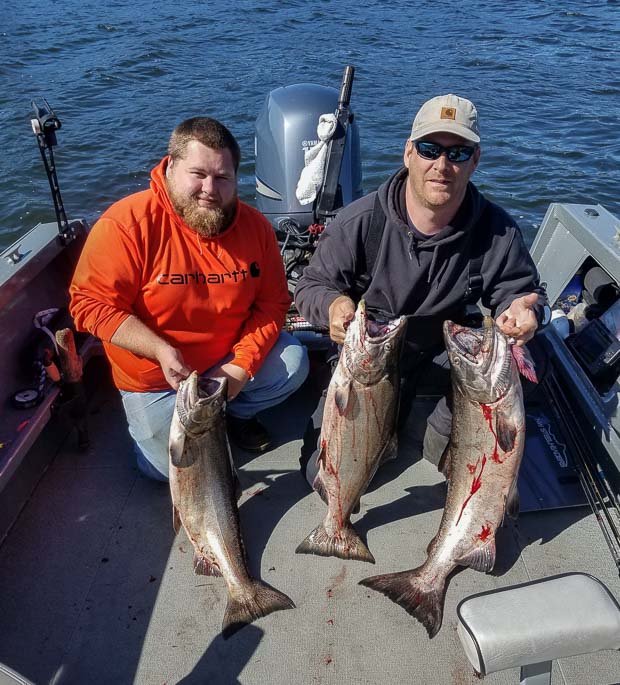 The Columbia River above Bonneville Dam opens for Chinook and Coho Salmon fishing on August 1st. The river above the dam will be open for Chinook and hatchery Coho salmon retention up to the Oregon/Washington border through December 31st, although we usually wind up our fall salmon fishing by October 31st. We follow the fish as they move, and this latter part of the fall salmon season typically finds us hover fishing in the stretches of river between the dams, often near the mouth of the  Klickitat or Deschutes River. If you’re new to hover fishing, it’s pretty incredible. Imagine bobber fishing except the boat is the bobber. That’s one big bobber! It takes a skilled fishing guide to keep the boat right where it needs to be. This area of the gorge isn’t just known for its fishing, there are some beautiful sights to see, including Multnomah Falls and all of the changing fall colors.

The Columbia River will be open for Summer Salmon, in addition to ongoing Steelhead, retention from June 16th through June 22nd. This year we’re allowed to retain Chinook salmon as well as hatchery Steelhead. While salmon retention is only allowed during a short window, we can fish through July 31st for summer steelhead. Summer salmon/steelhead combo trips can provide an action-packed day on the water. If you want to change things up even more, we can add some catch and release sturgeon fishing to the day. The sturgeon are navigating their way toward the Columbia River Estuary in Astoria during June and July, which can make for some epic battles. No matter what you want to fish for, the Columbia River is the place to be for summer salmon and steelhead. 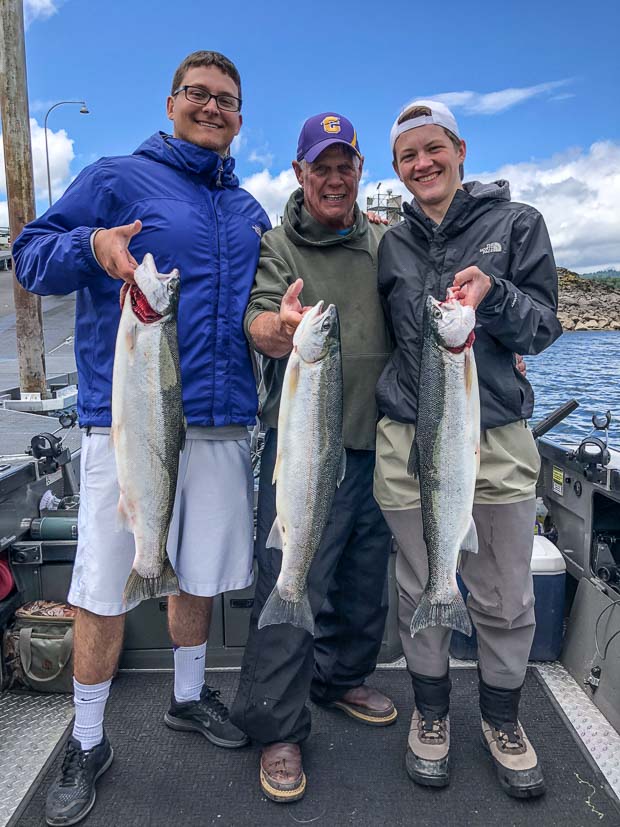 Ready to book your trip? Have questions? Contact us. We’re always happy to help.