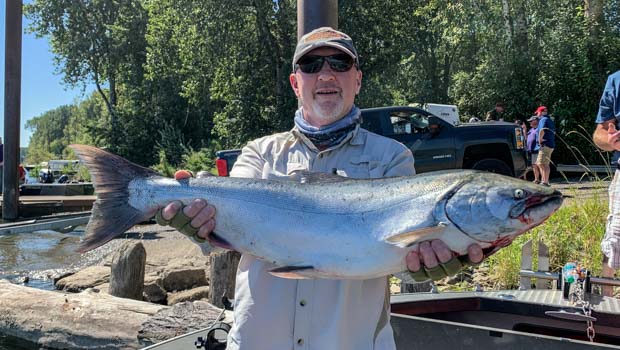 The end of summer often means it’s time to take the family to the fairgrounds for food, games and livestock. But as far as I’m concerned, the best rodeo around doesn’t involve broncs or bulls. It’s all about Fall Salmon in Oregon and Washington.

Saturday, August 31st, is opening day for the second ocean coho salmon season on the central Oregon coast. The non-selective coho season allows anglers to keep both hatchery and wild coho. We’ll be fishing the ocean outside Tillamook Bay and Nehalem Bay. Being able to retain both wild and hatchery coho gives us more opportunity to put fish in the boat, and we’ll try to add crab to that when we can. The season is open Fridays, Saturdays and Sundays in September until the 9,000 fish quota is met. Once the coho to start heading into the bays in mid-September hatchery coho fishing will open back up 7 days a week. Chinook fishing is currently open every day and we’ll be fishing through Thanksgiving.

The last week of August is typically when coho fishing in the Columbia River really begins to pick up. Instinct takes over and the salmon move from the salt water of the Pacific Ocean to the freshwater of the river on the way to their birthwaters. We’ve been on the river and out on the ocean this week, depending on conditions. Coho fishing on the ocean has been great this week. We limited out the boat in just a few hours yesterday! Fishing on the Columbia River has given us some nice coho and also some catch-and-release battles with chinook. We have some bigger tides coming up as the month ends and those should help push more of the 600,000 expected coho into the river. 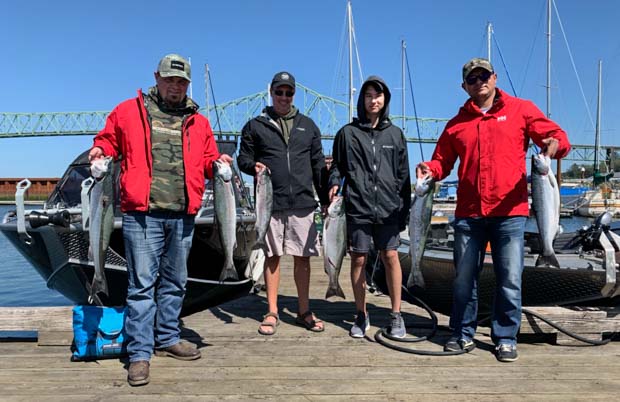 One of the most amazing times of the year is when Fall Chinook Salmon can be found throughout the length of the Columbia River. That time is now! In the Portland area, from Warrior Rock to Bonneville Dam, we can retain chinook salmon through September 8th. We limited out yesterday fishing near the mouth of the Lewis River. Always nice to fill the boat with 20+ lb chinook. When the lower Columbia closes and these fish move into the Lewis River, we’ll follow them. 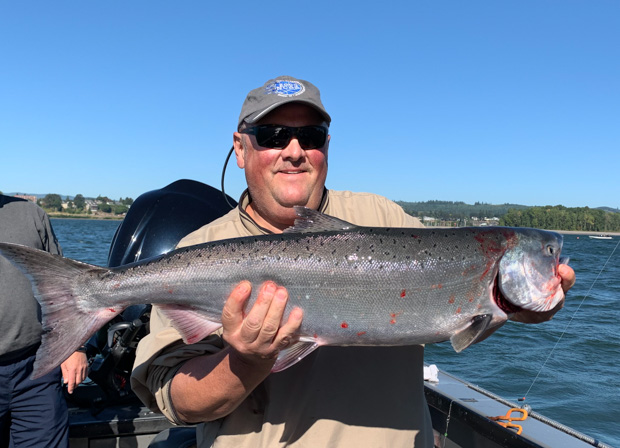 Looking a little farther East, the Fall Chinook count at Bonneville Dam for the past 7 days was more than 21,000 fish. Monday and Tuesday alone, over 10,000 chinook made their way past the dam! What does that mean? That means that Fall Chinook fishing upriver, by the mouth of the Klickitat River and at Drano Lake, is getting started. We’ll be chasing Chinook upriver for the next few weeks, or as long as ODFW keeps it open.

We’re going to be rounding up salmon in Oregon and Washington from now until Thanksgiving. Lots of locations to choose from. Let us know if have any questions or would like to book a trip.