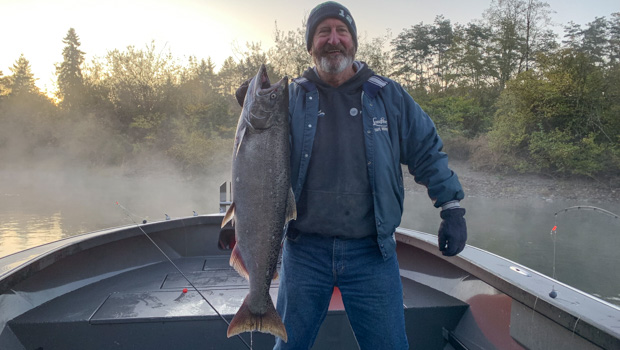 October 1st marks the start of the wild chinook salmon season on the Lewis River, located just north of Portland. Fishing on the river has been good the past few weeks, and October is when we really get excited. We can now tag and keep those beautiful wild chinook that we had to release in September. In addition to chinook, we’ve caught a few coho already. Once the bulk of the coho run enters the river, we’ll see even more action on the river. October should be a good month for fall salmon fishing on the Lewis and we’re hoping to fish through most of November as well.

The daily limit is 6 total salmon, with up to 4 of those being adult salmon: a maximum of 2 chinook with remainder being hatchery coho. Jack chinook and hatchery coho may also be retained to reach the 6 fish limit. We use sleds (power boats) for all of our Lewis River guided fishing trips, and prefer to fish a maximum of 4 anglers. That gives everyone more room to maneuver in the boat and a better opportunity to land fish. Who wouldn’t like that? 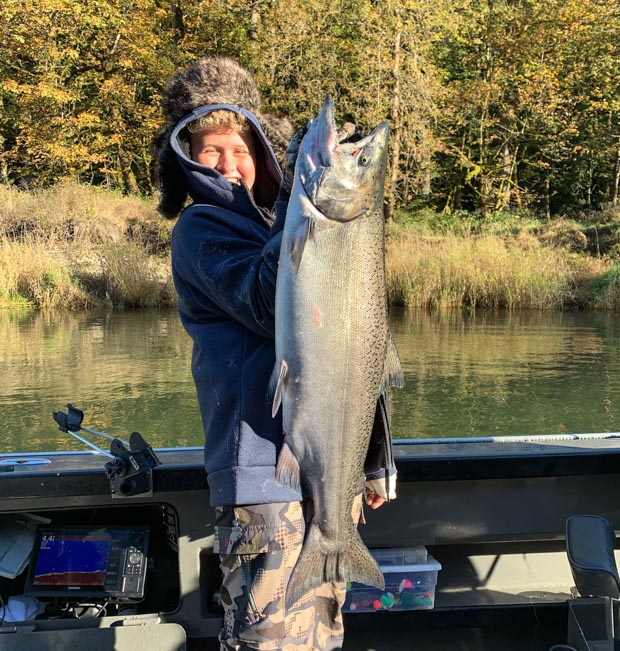 On the Central Oregon coast, we’re fishing for chinook and coho salmon on Tillamook Bay and Nehalem Bay. Toward the end of September and into October, the salmon are staging in the bays, preparing to move to the freshwater of one of the 5 area rivers – the Nehalem, Kilchis, Wilson, Trask and Nestucca. The first few weeks of October provide a good opportunity to target the salmon in the bays before they move into the river system. We fish from the sleds in the bays and into tidewater. Once we have enough rain to bring up the water level in the rivers, we’ll start running drift boat trips. There’s nothing quite like fishing while floating the river in a drift boat. 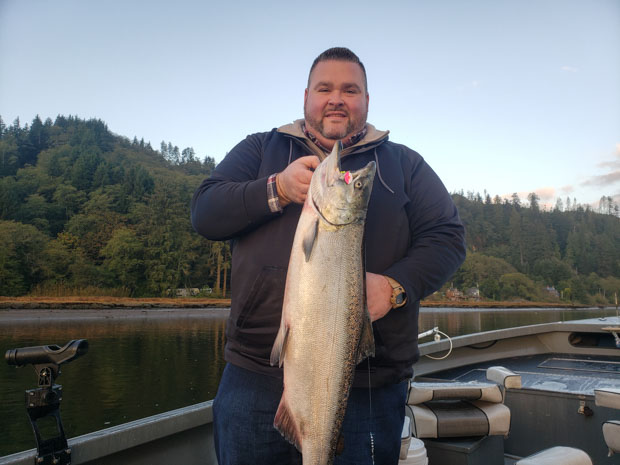 Let us know if you have any questions or would like to book a trip. We’re here to help you in any way that we can.