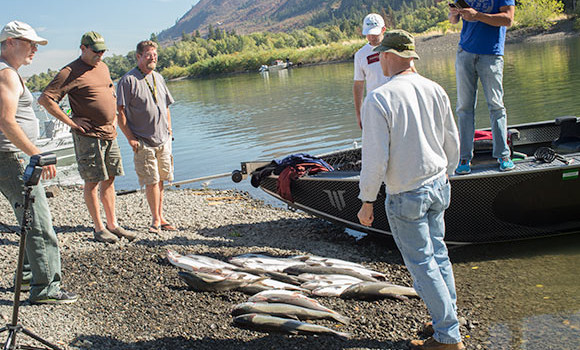 Two and a half months of Salmon fishing on the Columbia River? I’d say that’s a pretty good year.

As we were smashing Chinook limits, we were hearing about the big Coho returns that folks were catching down in Astoria. It’s October and they’re still getting them in the Columbia River Estuary. It’s easy to wonder where they’re all going, but history says a big number of those late Coho are headed right for the Klickitat River.

We started catching a few fish before September was up, but nothing notable. It seemed to be taking forever and then in one fell swoop we were on fish and lots of them! 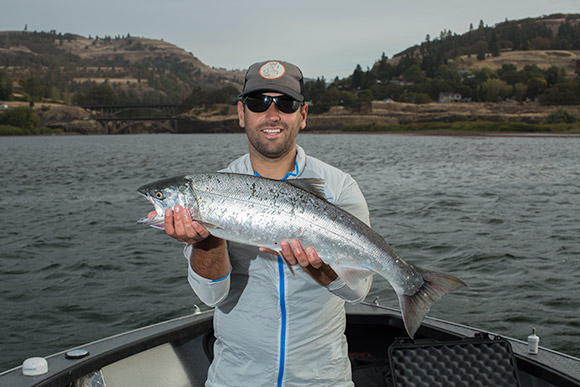 We continued to catch fish on eggs, but the troll bite seemed to get better as the month went on. A special coon shrimp recipe seemed to be doing really well. As many of you know, I’m always carrying multiple cures. The shrimp cure that I would have bet would be the best turned out to be a distant third behind two other recipes. It’s interesting how cures work and don’t. In this case it was obvious that we had a winner as a lot of days its only taking 10-12 bites to get an 8 fish limit. Most of the guys I know are requiring twice the bites to get it done as the fish really aren’t going hard enough on their bait. 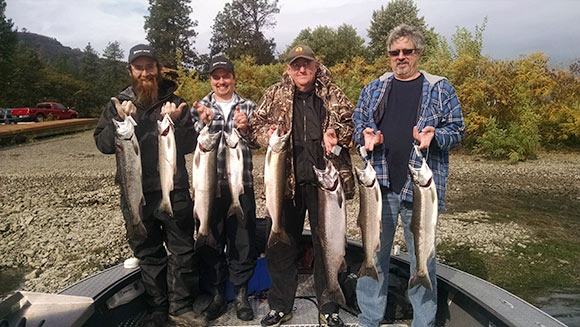 The bait is only half of the equation though. I also thing the rods that we use on my boat really give us the upper hand. 10′-6″ G. Loomis SAR 1265 rods are about as good as it can get on the troll. The rods are soft, yet powerful when you need it. They’re the perfect choice and we’re very fortunate to be able to fish such a quality rod day in and day out.

The fishing is great, but the surroundings are too. The Gorge is beautiful during the fall as the grasses start to green up again. The cloud formations become more impressive as well. I’m glad I’ve got a little bit more fishing to do up here, but I won’t be complaining about my next stop. I’ll be heading to Tillamook to chase big Chinook on the Wilson River and it’s cousin to the south, the Trask River. I’ve got the new Willie Driftboat and am really looking forward to going “old school”.