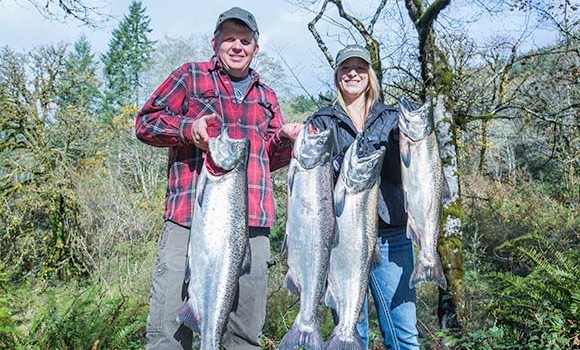 Some of you might know that I started fishing professionally rowing a boat. There’s something about the natural navigation and effort it takes to fish this way. It’s peaceful, but a moment later all hell can break loose. I love it and look forward to my time back on the sticks.

Tillamook Rivers like the Wilson and Trask have treated me well over the years. I’ve caught lots of fish with my customers and we’ve caught some monsters too. And although 2014 has not been a year of the biggest fish of my career, it has been a year where we’ve caught a bunch of Salmon! 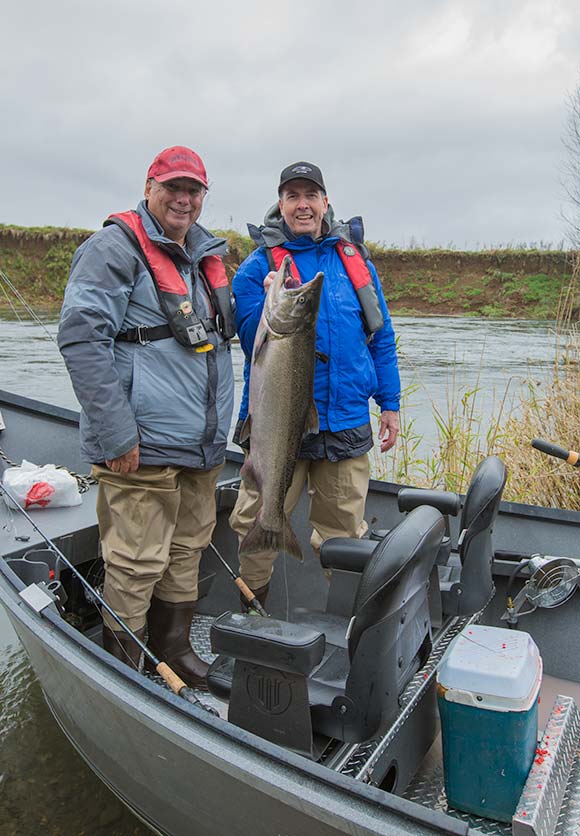 We arrived to the scene perfectly. The rain that showed up towards the end of October was just what we needed to get the juices flowing. I can remember sitting up on the Columbia River Gorge, fishing the Klickitat River for Salmon as rivers were going out down on the coast. It was hard not to think about the big fish that were going to be rolling into the rivers by the thousands and that my clients and I would be there to experience it.

I know, that might sound a bit dramatic, but until you’ve experienced a great day in a drift boat on the Wilson or Trask, it would be hard to imagine what I’m telling you. Well fortunately there were plenty of folks that were able to find out for themselves as those big numbers of Chinook that I was thinking about poured in the rivers for almost two weeks. 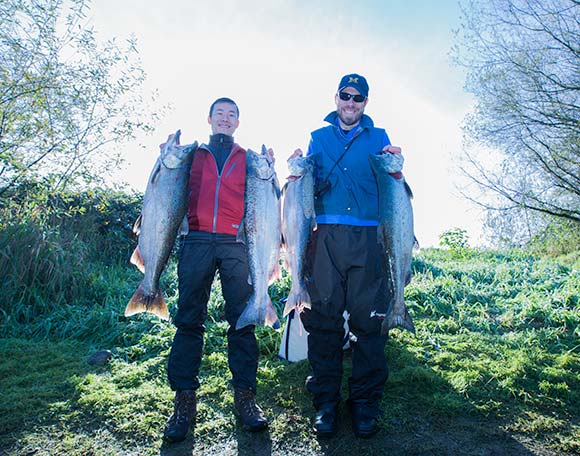 The thing many folks like about fishing out of the drift boat is that it is so hands on. Except for when we’re floating to the next hole, there’s always something going on with a rod in hand. For those of you that haven’t fished with me in the drift boat, back bouncing eggs is my preferred method. Back bouncing allows us to fish our eggs just a little bit off the bottom, no matter how the depth changes. It’s tricky to learn, but once you’ve figured it out, it’s terribly addictive.

I’ve got a little more time here in Tillamook County and then it’s back to the office for a while until Steelhead fishing really gets interesting. I’ll be starting to fish in February for Steelhead on the rivers in Tillamook County. The Wilson, Trask and Nestucca rivers will be prime by then and ready for more hands on fishing in a state of the art drift boat that’s really a blast to fish out of.

Let me know if you’d like to get out.