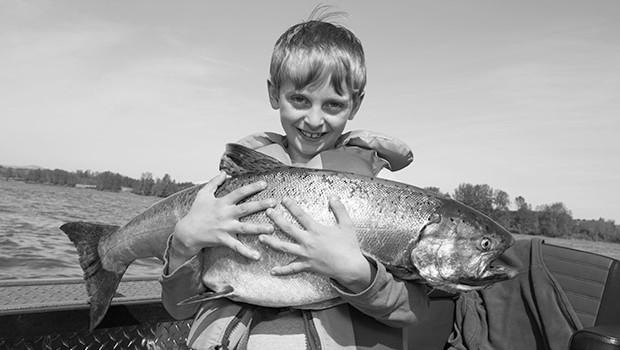 Reels to spool, rods to rig and bait to get lined up. These are the days leading up to another Spring Chinook season on the Columbia and Willamette Rivers. As I do these things, like many fishermen, I’m looking forward to the possibilities of this years run. The where and how are always top of mind and like most, I can only rely on the past to offer hints as to how it will all go down for this years run.

Conditions this year are certainly looking better with snow pack levels significantly above last years totals. And while these totals will only change where we catch fish early in the season, late April and May on the Willamette River and May/June on the Cowlitz River is where we’ll really see the difference. As many of you know, warm water on the Willamette River started becoming a factor by the last week of April in 2015. By early May the egg bite was over and attention shifted to Multnomah Channel where catch rates of fish fresh out of the Columbia were actually very good.

Fish moved quickly in 2015. By this time last year 230 Chinook were already over Bonneville Dam. This year only 29 fish have gone over the dam, but one has to assume that traveling is a little slower than it would have been during the low flows of 2015. 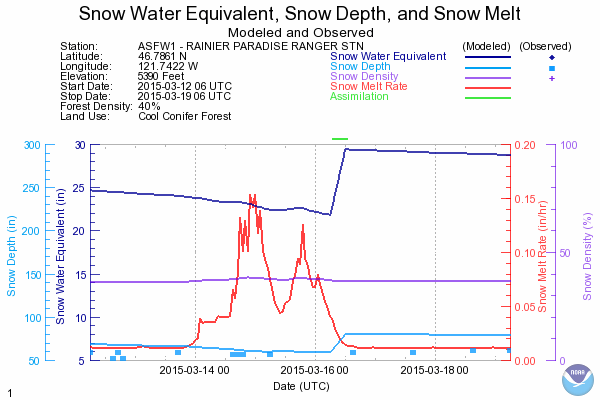 The 2016 landscape looks significantly improved with snow levels looking way more reassuring. The chart above shows a location on Mt. Ranier that received only about 75 inches of snow at its peak. By comparison this same location is carrying double the amount of snow and water equivalent. While I don’t think these comparrisons do anything more that to give us hints on where to fish on the Columbia River, for the tributary seasons ahead, these are great indicators. Even given the smaller run, water temperatures have the opportunity to hold on for some good May and June fishing. 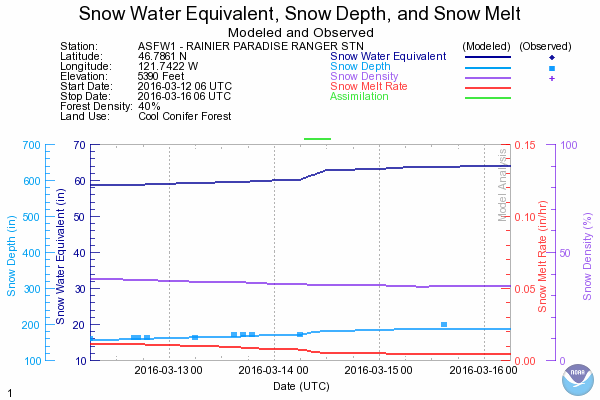 One thing I’ll add is that some could easily associate fewer numbers over Bonneville with the smaller forecasted run and while this may be the case, catch rates are up significantly in the lower river over last year. Higher catch rates to me simply indicate a good return, but time will tell. The bottom line is, Spring Chinook run sizes are very misleading. Big runs without good water conditions can feel like poor returns. This year I’m just thankful for the snow pack as I’ll take my chances with more head water and lower water temperatures over big runs any day.

Looking to head out and do some fishing? Give me a call at 503.680.6809 or send me an email to info@lancefisherfishing.com.