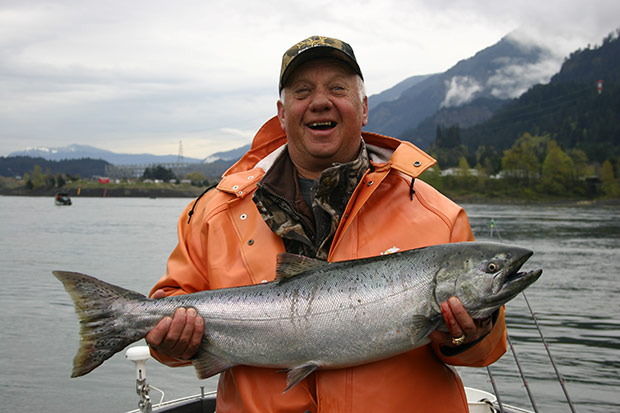 We thought the lower Columbia River was wide open for Spring Chinook Salmon fishing after it was re-opened last month, but our opportunities have just doubled! Beginning June 4th, the daily catch limit of 2 salmonoids may now include 2 hatchery Chinook salmon instead of just one. This is all because we have more fish in the river than expected. As of June 1st, the Adult Spring Chinook Salmon count at Bonneville Dam totaled 149,031 fish, which is 129% of the 10-year average count and 210% of the 5-year average. That’s a lot of springers heading upriver! Last month the Columbia River re-opened for an additional 23 days of Chinook salmon retention from Tongue Point to Beacon Rock. Beginning Saturday, June 4th, boat fishing will be allowed all the way to Bonneville Dam. This is for the remainder of the Columbia River Spring Chinook season, which runs through June 15th. Fishing has been good and we always welcome additional days to fish the Columbia in addition to the Willamette River. There has already been lots of action this spring and it looks like we should be enjoying a long season this year.

Columbia River Spring Chinook are probably the most prized of all Spring Chinook. Columbia River Springers have a fat content (good fat!) that is as much as nine times that of their Fall Chinook relatives. Single fish might fetch as much as $600 during some seasons, so as you can imagine, there’s quite a bit of interest on the sport fishing front. 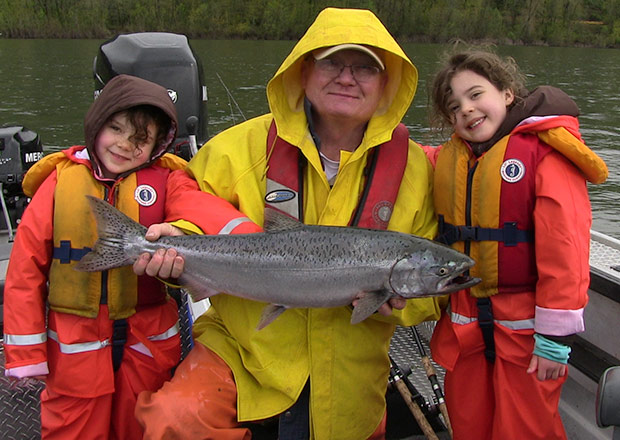 Columbia River Spring Chinook fishing is highly regulated and often times we’ll only get a few weeks of fishing in a given year. Granted, it’s darn good fishing, but way too short for the number of clients that are trying to get out for them.

Seasons from Bonneville Dam to Astoria

Typically you can count on fishing to be worthwhile from the middle of March through the first week of April. The fish move and so do we. If you have a particular location you’re are looking to fish, just let us know. Timing is everything and some sections of the river could be potentially better than others at certain points during the season.

Seasons from Bonneville Dam to the Washington border

The fishing above Bonneville Dam is good for a stint. Usually the last week of April through the first week of May is really the window. The opportunity is brief, but fishing can be lights out. The furthest East we fish is the John Day area. If you need to fish further east, just let me know and I’ll refer you to someone that can help.

When the Columbia is done all the fishing moves into the Willamette River, which we’ll fish from the time the Columbia River closes in early April through the end of the season in May, or sometimes even into June. 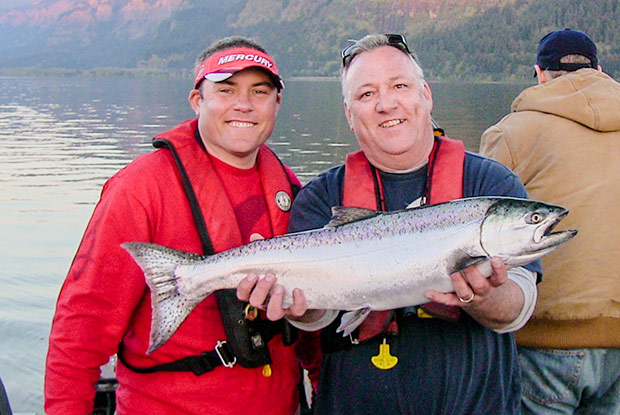 I run day trips and occasional evening half day trips for my clients. Let me know how I can help, this is definitely one of the regions favorite seasons. If you’re looking for a place to stay, we’ll be happy to refer you somewhere that will work for your situation.

For any questions you might have about spring Chinook Salmon fishing, or to simply book a trip, contact us or give us a call.