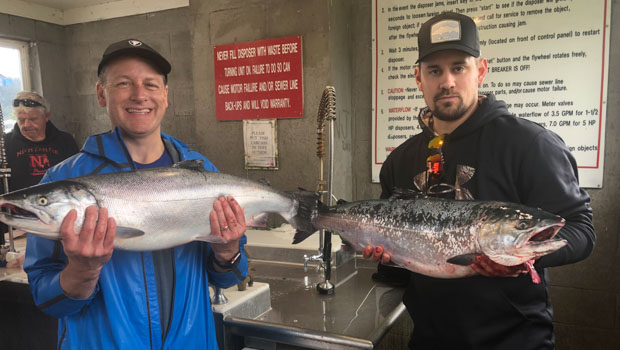 The non-selective ocean coho season on the central coast is no longer confined to just weekends! Through September 29th, anglers can keep all legal sized salmon caught in the ocean. That means both wild and hatchery chinook ≥24” and coho ≥16” may be retained in the daily limit of 2 legal sized salmon. This announcement offers a great way to wrap up the ocean coho salmon season on the central coast.

While the central coast ocean coho salmon season ends on the 29th, the ocean will remain open for chinook salmon fishing through the end of October. This coming month we’ll be fishing for coho and chinook in the bay, and getting out to the ocean when conditions allow. Some nice looking chinook and coho are being caught in the bay, with some meaty crab being pulled up in the pots to boot. We fish where the fish are – in the ocean or bays and then following them up the rivers. Drift boat trips start up toward the end of October and we should be fishing for salmon through Thanksgiving. Lots of fall salmon opportunities in Tillamook. 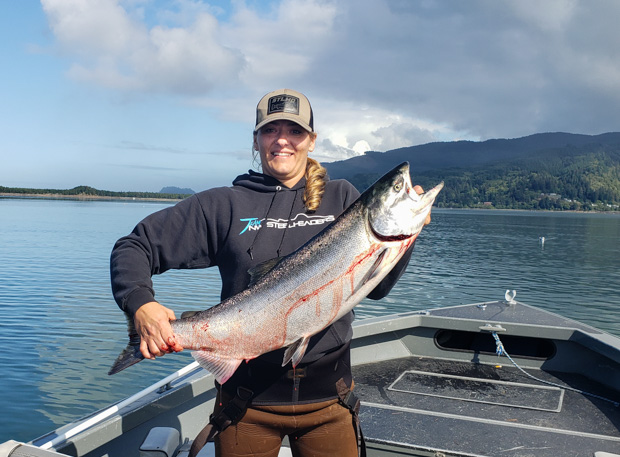 We’re in the middle of the coho season on the Columbia River in Astoria and transitioning to the incoming B run of fish. The small tides haven’t been good this week, but we’re climbing into some bigger tides as we speak. In the last couple weeks of Coho fishing we’re see days of 20+ fish, including some huge upriver bright chinook. While we have to release these, since only hatchery coho may be retained, it gives us a lot more action and excitement during the day. We’ve had some epic battles, better weather than people are experiencing in the Willamette Valley, and lots of space on the water! It’s a great time to be fishing in Astoria! 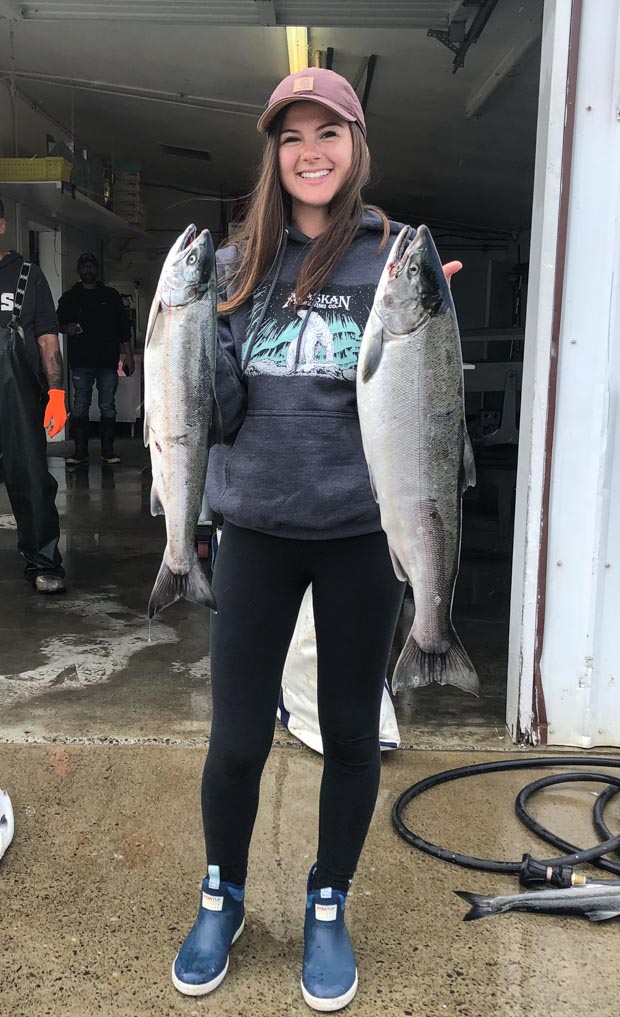 With the Columbia closing September 25th, we’re thankful for additional opportunities close to town in our tributaries. Within an hour drive of Portland are the Lewis River and Drano Lake, where we’re fishing for chinook and coho salmon. Fishing in both locations has been really good to this point and I don’t see that changing anytime soon.

We have lots of different options to keep you fishing! As always, let us know if you have any questions or would like to book a trip. We’re happy to help you with whatever you need.