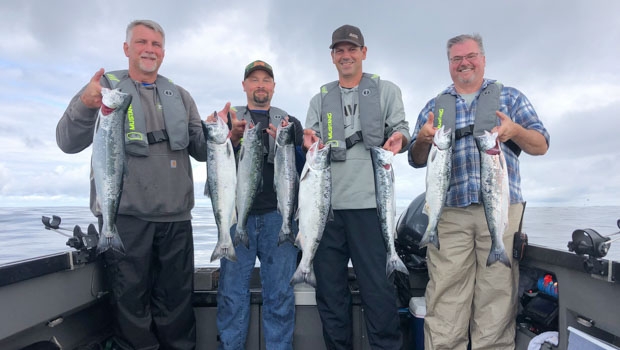 We’re only a week away from the 2019 Buoy 10 Salmon opener on the Columbia River. If the fantastic summer fishing that we’ve had is any indication of how the Buoy 10 season could be for us, it looks like we’re in for some nice fishing.

There are loads of Coho Salmon in the ocean right now. Anchovies are moving into the river and the bigger fish will follow. We spotted a humpback whale feeding in the Columbia River today, which is always amazing to watch! Astoria is gearing up for its busiest month of the year, and we’re excited to be a part of it! 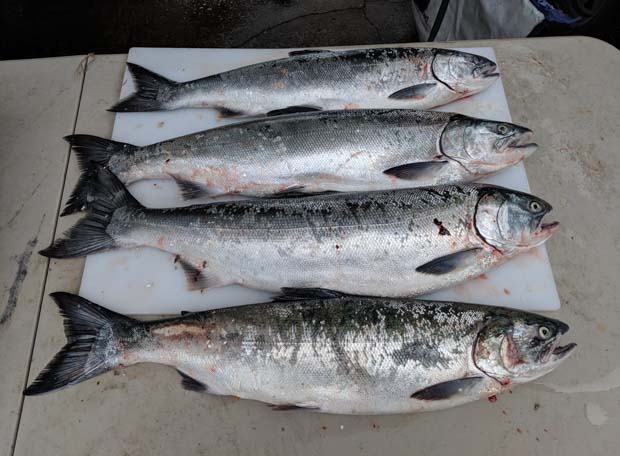 Buoy 10 really give us our first shot at Fall Chinook Salmon. The opening week of Buoy 10 offers us big incoming tides and huge minus tides. While big tides are good for pushing fish into the Columbia River, these aren’t necessarily the tides that will offer great Chinook fishing right out of the gate. Does this mean Chinook fishing is going to be bad? No. Not at all. It’s a tide thing. We’ll be in the ocean.

Much of our early Buoy 10 success is tied directly to the tides that we’re dealing with. Most of the successful fishing the opening week of the season is going to occur in the ocean, which has really been the plan all along. Expect ocean fishing for Coho Salmon to continue to get better and the fish to get bigger! They’re packing on the pounds and that’s not going to stop. Also expect some of the returning Fall Chinook to become a part of our ocean catch. 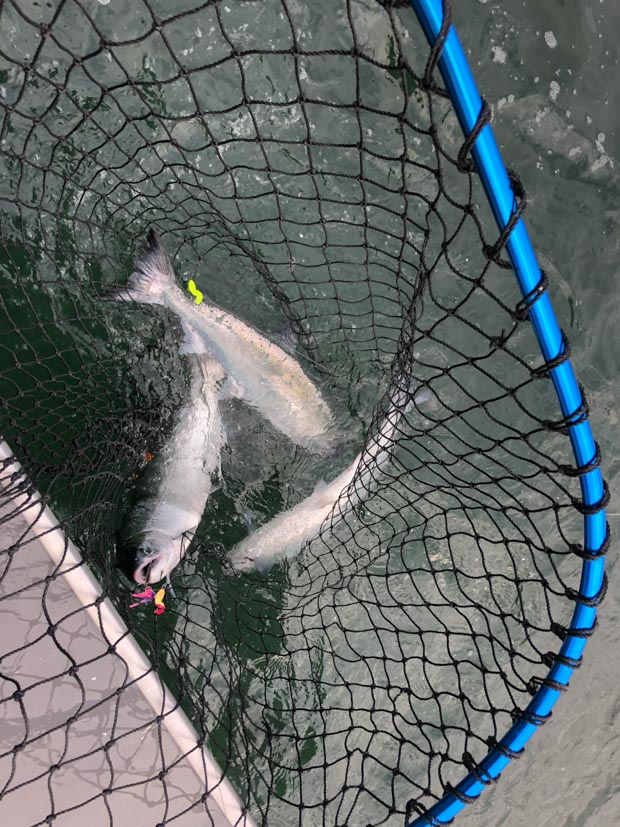 Fishing in the river should begin to pick up starting around the 6th of August. As tides begin to soften we should start seeing some Chinook caught. How do we know? We’ve been doing this a while 😉 So expect ocean fishing to be where it’s at early on.

Many anglers that are new to the Buoy 10 fishery may not realize that our Coho and Chinook runs are separated by approximately 2-3 weeks. The Chinook will enter the Columbia River first, from late July through the first week or two of September. We’ll see a couple little shots of Coho early in August, but the majority won’t begin entering the river until the third week of August. The A run of Coho will last through about the third week of September and then our B run of fish will show up in October.

With about a million salmon headed through Astoria during the next 10 weeks, we’re pretty excited about this year’s Buoy 10 Salmon season! Contact us with any questions or to book your trip. If you prefer a different fishery, just let us know. We have options year-round.