Wild Steelheaders United- Know them by their friends 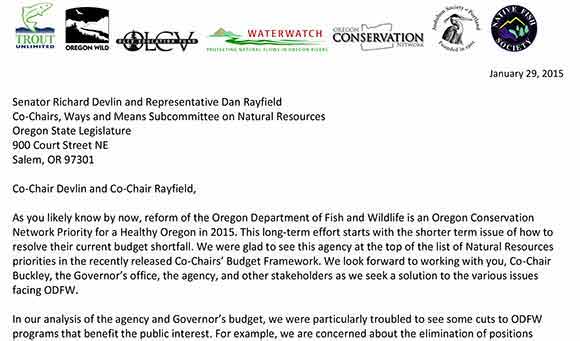 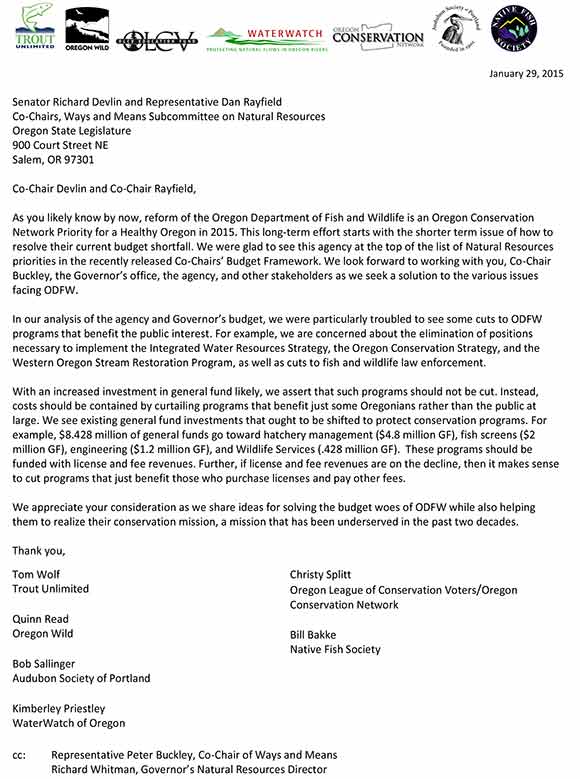 I was passed on this letter earlier this week by a friend the helps keep me up to date on various fisheries issues. Many of you remember the conversation about Wild Steelheaders United, the Trout Unlimited group that’s looking to become apart of the wild steelhead conversation. They’ve clearly spent a ton of money coming up with branding that will target the Gen X and Millenial crowd. They look good and the message even sounds good for a while.

They’ve done everything they can to frame themselves as moderates and when you pair this with their look and feel, the ignorant may find themselves attracted. Who doesn’t like wild steelhead? Who doesn’t want to be united with their fishing brothers for once? These are the ideals that WSU/TU are feeding on and I would commend them on their strategy if it wasn’t so dishonest.

I told you months ago that they were saying the right things, but that their choice of friends made it clear who they were.

When they first came on the scene I posted the following posts. Of course the Native Fish Society isn’t mentioned in any of their literature, but on the NFS facebook page  you were able to see the congratulatory gesture announcing the TU/WSU launch. As radical as the Native Fish Society is, do you think they would take the time plug the WSU launch if they weren’t familiar with where they stood on hatchery fish? 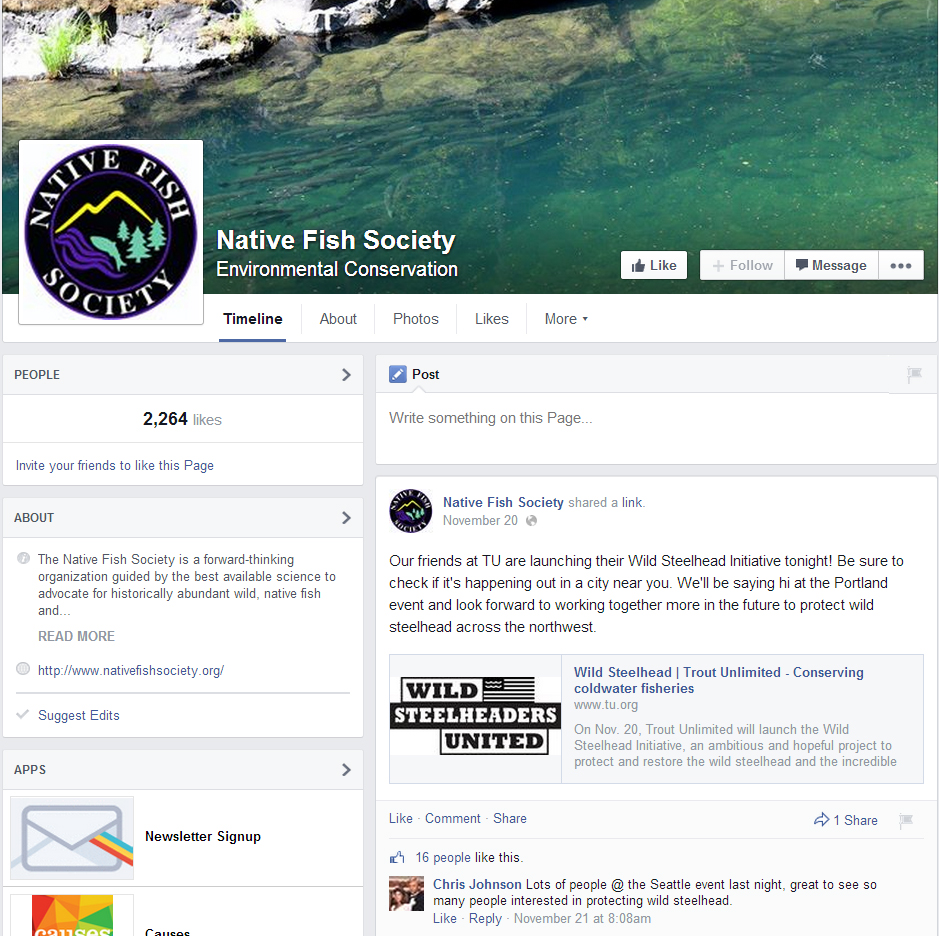 Like wise, their friends at the Wild Steelhead Coalition chimed in for congratulations. In case you’re wondering, WSC was the organization that sued to stop all Puget Sound steelhead releases. Granted, the state of Washington quickly accommodated their suit, but none the less, WSC is no friend of any sort of hatchery programs. Funny bedfellow for a moderate organization don’t you think? 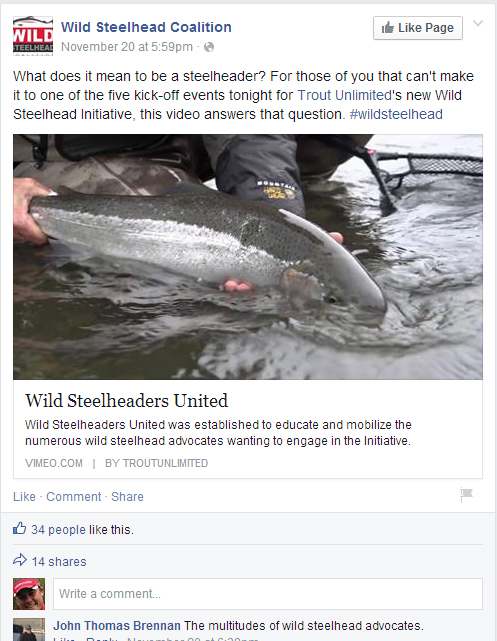 Feel free to do your own research and for quick reference, simply watch Hatchery and Wild. You’ll get a lot of information that the TU and Native Fish folks conveniently don’t like to talk about. They make a habit out of half truths and spouting off studies that they think are somehow earthshaking. The real facts are that we have a plethora of rivers that haven’t ever seen hatchery steelhead and many more that haven’t seen them in decades that still don’t have significant numbers of wild steelhead. On the other hand, I can provide you many examples of rivers that were stuffed with hatchery fish that boasted huge runs of native spawners.

That being said, I’m not implying that there aren’t systemic issues in most of our rivers, but let’s get real about what those issues really are.

Here’s the segment from this week’s show in which I got into the subject: Wild Steelheaders United- Know them by their friends

Got feedback? Feel free to email me.