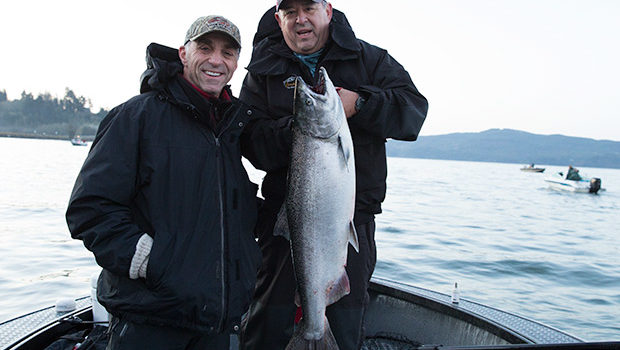 As a guide, this weather is giving me heart burn. I don’t remember ever seeing an October that was this wet, blustery and at times, flat out nasty. Up to the 24th of October, we have had 11.64 inches of rain in Tillamook. Compare that with 3.95 inches during the whole month of October in 2015. The average is 6.93 inches, but that hasn’t been the case much of the last decade.

This past week again has been characterized by dirty blowouts, fighting off leaves and wondering if I’m making the right decisions. Yes, in all of this were some big chrome slabs that Tillamook Bay and it’s river’s are famous for, but at times it’s been tough to know whether to guide in the rivers or charter in the bay.

After a big storm that lasted through last weekend, rivers looked like they’d drop into shape on Wednesday. A few spots fished, but you had to really pick your spots. Wednesday night a small system moved that had Thursdays rivers barely fishing on the rise. You were able to be successful, but you really had to grind it out in your high water spots. Thursday evening, Bruce and I were eating dinner at the Shilo and all hell broke loose. We had just picked up our shrimp for Friday from Tillamook Bait as we thought we’d be fishing the rivers the next day. It was like a cow peeing on a flat rock. It poured. Later that night it poured again and about 4 a.m. I texted my clients and told them we’d be fishing the bay.

Welcome to my world. Guide in the rivers? Charter in the bays?

It turns out that the rivers rose some, but they didn’t go out the way I thought they might. The Wilson was nearly unaffected. The Trask and Nestucca to the south both rose less than a foot. Regardless, I was happy with our decision to herring fish the bay and we got to enjoy an amazing day as well. So Saturday fished much like Thursday in the rivers, but with a little better overall results. 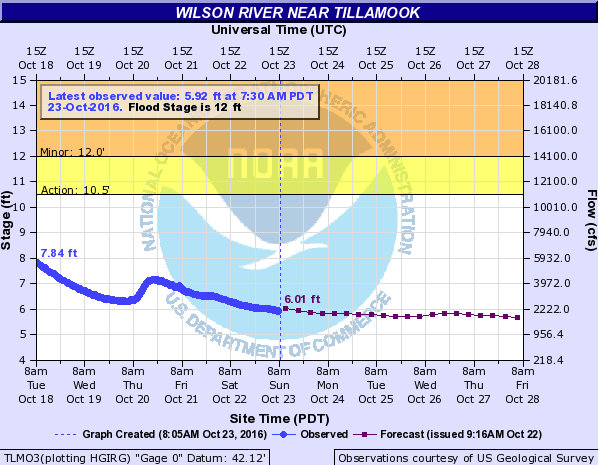 The coming week looks to bring much more of the same. Fronts, followed by short breaks and then more fronts. We’re really into a wet pattern and I don’t see it changing. That being said, I think its a good thing and enjoy seeing fresh fish moving in and getting fish on the beds. On that note, leave the boots alone. If you’re fishing high on a river where dark, spawning fish are hanging out, do us all a favor and move on. Going 10 for 15 picking on old folks really isn’t that impressive. I love what has been done on the Nestucca and would love to see similar regulations brought to the Wilson, Trask and Kilchis. There is no table value for these fish and tons of future rewards that these fish can bring. 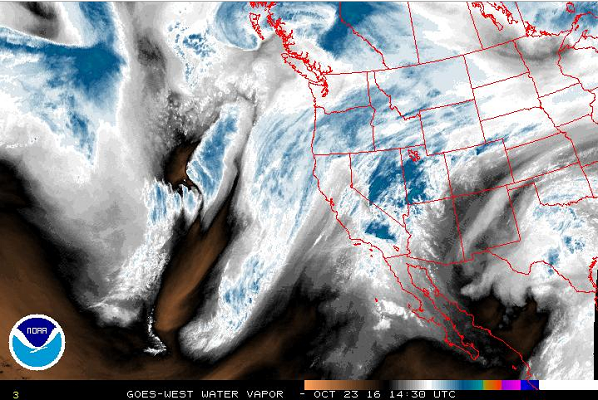 On another note, I may be late to the party, but I got a tip to go try Downies in Bay City for breakfast. I must say, it was the best breakfast I’ve had while fishing Tillamook Bay since The Guide Shop burned down. Small, cozy and they even have Tillamook Bay Oysters and eggs on the menu!

With another well deserved plug, The Garibaldi House served many of my clients this week and to a man, everyone was thoroughly impressed. Service, cleanliness, breakfast, sack lunches. Eugene and the staff there really do a nice job.