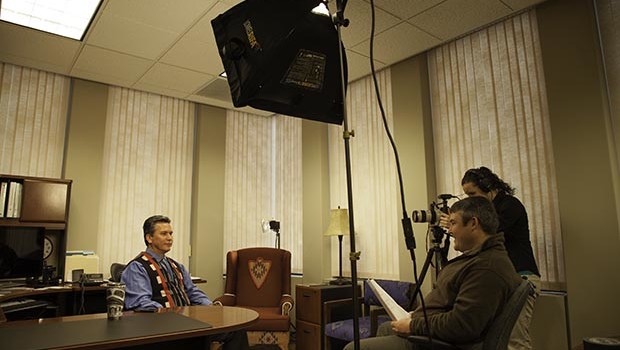 Hatchery and Wild, the short film, premiered January 30th  at the Mission Theater. The event was full to capacity by 6:15p and the theater turned people away for the next 45 minutes until show time. The turn out and enthusiasm for the film was incredible.

In the fall of this year the Association of NW Steelheaders decided that they wanted to put together a little something to highlight the benefits of hatchery fish here in the Pacific Northwest. Of course many of you know about the fishing opportunities that have been lost the last 15 years and Steelheaders wanted come up with something to counter the assaults against the NW’s fishing way of life. Outside Communications which is my media business was selected amongst a number of award winning studios to tell the story.

The initial scope of the story asked for a short high level story of the issues which would be used to educate the public and decision makers throughout the NW. When we began to dig into the project it was obvious that the subject would require far more effort and detail. It would need other players and a cast of characters in order to accurately communicate what’s at stake.

The first call I made in this effort was to the Columbia River Inter-tribal Fish Commission. I had done an interview on the NW Outdoor Show with staff scientist, Peter Galbreath shortly after the Johnson Creek Study came out a couple years ago. Sara Thompson, the communications director for CRITFC spearheaded the review process of my proposal and in very short order the tribes decided to get involved with the project. What would follow is a whirl wind month of researching and developing the Hatchery and Wild story only to come to the point where we felt we needed another player in order to tell the whole story.

The ensuing call to commercial fishing interests in the Lower Columbia River may have been the most difficult call I’ve made. Through my career in fishing I’ve had very mixed emotions about commercial fishing operations. I’ve seen their effectiveness first hand and harbored many days of disdain for that industry. But through the development of the Hatchery and Wild story, also knew that they had a significant role to play in past and future efforts to keep fishing alive int he PNW.The story and idea was pitched and in a matter of days, commercial fishing interests had become apart of the story.

For the first time that anyone can remember, the tribes, commercial fishing interests and sport fishermen were working together on something. For the next month and a half my counterpart, Rachel Jones and I would spend countless hours planning, driving and filming in an attempt to put together a cohesive story that is inherently complex. 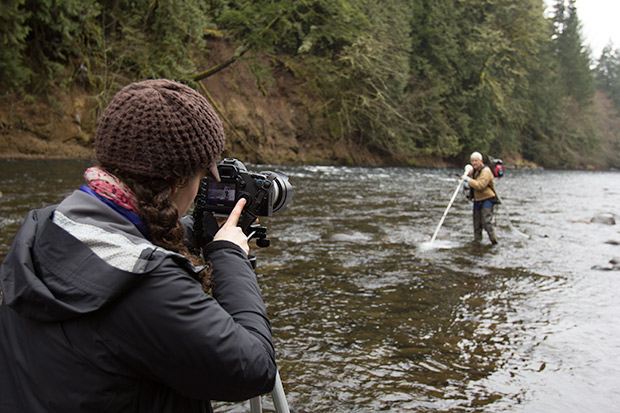 I need to acknowledge the work ethic and drive of someone I’ve been working with know for two years. Rachel Jones is a film making machine with a passion for story telling and cinematography that without her this entire project would have failed miserably. Early mornings to late nights, she works as hard as anyone I’ve met and does it all with an incredible attitude. Without her, this project would have never happened.

Also, I need to give special thanks to the Association of NW Steelheaders for selecting us to take on this project. We’re very grateful and thankful.

Hatchery and Wild is a start and will hopefully generate interest by policy makers to look seriously at the opportunity that is being missed for wild fish health and overall abundance.

Check out Hatchery and Wild here.