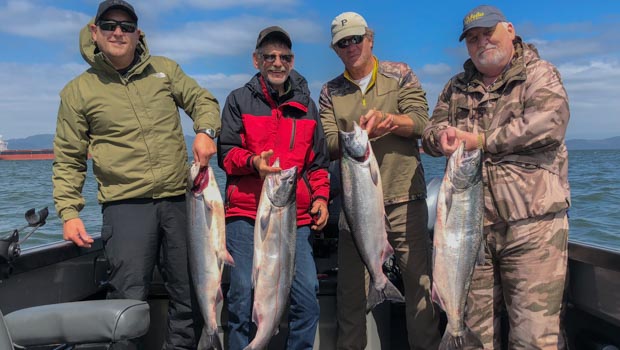 It’s June and the weather isn’t the only thing heating up around here. Salmon fishing on the Oregon Coast is about to take center stage and I’m looking forward to it! Astoria is the place to be if you’re in search of a guided fishing trip or charter for salmon.

The salmon that will be heading up the Columbia River later this summer have spent the last several years maturing in the Pacific Ocean. They gorge themselves on baitfish before pointing their noses toward fresh water and heading home to spawn. Luckily salmon love to munch on the anchovies that gather right out in front of the mouth of the Columbia River. It gives us a chance to target Chinook (King) and Coho (Silver) Salmon earlier in the summer, before we follow them to the Columbia River in August. This year the Ocean Salmon Fishing season opens on June 22nd, with a limit of 2 salmon, 1 of which may be a Chinook. We’re expecting Summer Chinook to be traveling down the coast at Long Beach and feeder Coho available right out of the gate. Good thing is, this is just the start. We’ll be fishing in the Ocean well into August! If the ocean isn’t for you, just keep reading:) 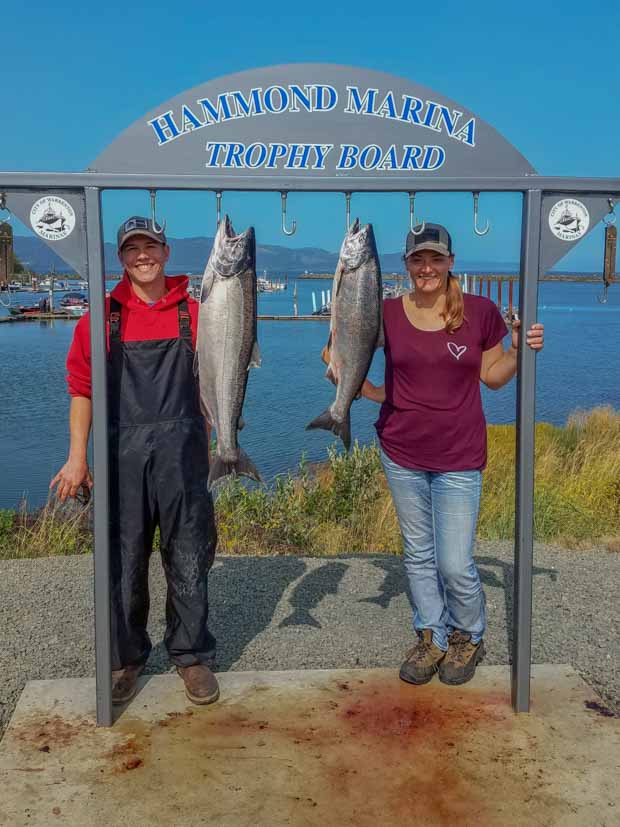 Some of the best salmon fishing in the Pacific Northwest opens up in Astoria on August 1st at a fishery know as Buoy 10. Named after the Red Buoy Number 10 channel marker on the Columbia River, this fishery has its western edge at Buoy 10 and spans more than 14 miles upstream to Tongue Point. Close to a million fall salmon are expected to pass through Astoria this year on their way up the Columbia River to their home rivers and streams. While it sounds like a funnel of fish waiting to be caught, you need to have skill and experience out there. Knowing and understanding the Columbia River Estuary well allows us to run guided fishing trips that give you the best opportunity to land salmon. Incoming tides often see the salmon off the bottom and in the upper water column as they move upriver. On outgoing tides, salmon may be hugging the bottom, trying not to lose ground against the current. Each situation requires a different fishing technique, and we are ready and willing to switch out gear and tackle as needed. 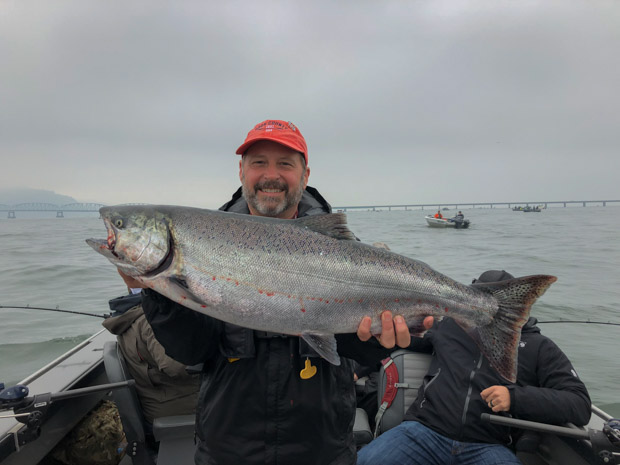 Astoria is probably best known for being the location where the movie, “The Goonies,” was filmed. Most of the year it is a quaint coastal town, like the movie shows. During Buoy 10 season a metamorphosis takes place. Astoria transforms into a humming hive as thousands of fishermen, women and kids converge to create an atmosphere of fishing and friendship. The hotels are filled, and restaurants are bustling. It makes for some incredible memories that will last a lifetime, or may bring you back again next year. Buoy 10 is something I look forward to all year and I can’t wait to get out there in August! 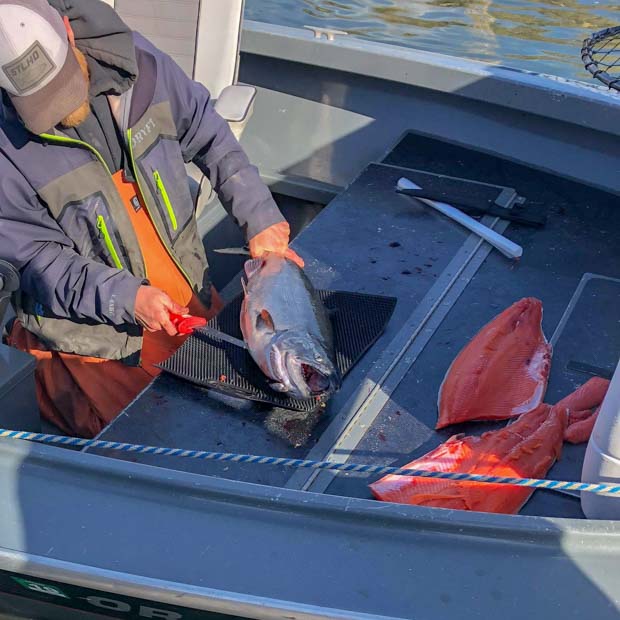 Questions? Looking to get out on one of our trips? Contact us on our Questions and Reservations Page