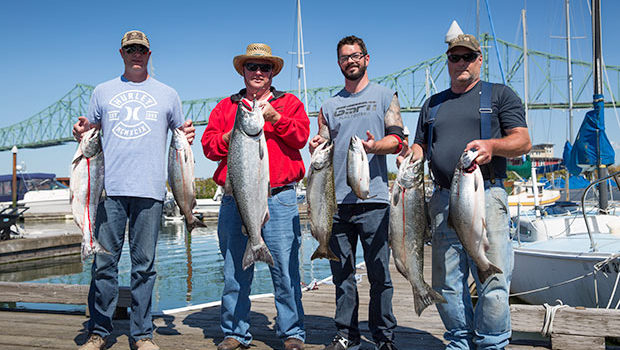 I’m looking forward to another great year fishing. Many of you have fished with me long enough to be good friends and I’m thankful for the continued support and fun over the years. We’ve expanded our fishing offerings this year to be able to give our customers the best fishing in two states. While I will be running most of the trips on the calendar, I do have some fantastic help that allows my clients to fish on dates that I’m already booked and even fish areas that I used to fish, but no longer travel to.

Take a look at the schedule below and let me know if you have any questions or would like to get your dates reserved. As always, trips are first come, first serve.

Fishing Trips on the Columbia River:

Oregon and Washington licenses/tags work no matter which side of the river we launch.

We may add more trips to the Washington calendar.