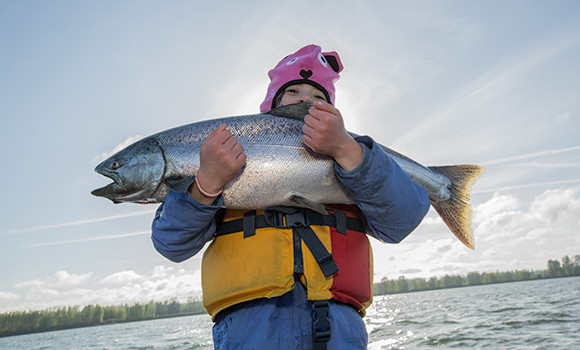 People forget that it wasn’t that long ago that the Columbia River was off limits. I can remember fishing Bonneville Dam the year is first opened. The crowds, excitement and opportunity that none of us had ever experienced. It was a lot of fun and apparently for some, too much fun as the deadline for Spring Chinook fishing was quickly moved below Beacon Rock to accomodate a longer season. Simply put, too many fish died too quickly. I’ll get more into this in another post as it’s a completely different subject than where this post started. I digress.

The 2015 Columbia River Spring Chinook run is expected to return 232,000 Salmon. This figure does not include fish that will be returning to the Willamette, I’ll have another post on that fishery. Most of the Columbia River Spring Chinook that are forcasted are slated to return to the Upper Columbia and Snake Rivers. The Snake makes up the majority of the return with 140,000 fish slated to make the trek east. Of these 140,000, 43,000 of these are wild fish.

Although seasons haven’t been officially set, my guess is that they will end up being about the same as the last few years. Here’s the last years schedule to give you an idea for this year.

Some of you might remember that we only made it to the 12th of April last year. Realize that managers can shut this fishery down at any point that they feel that we’ve used up our impacts. The 10th or so of April is typically when they shut it down at which time Willamette River Spring Chinook have typically started to show up. If we need to move your trip, most people are ok with the 2 fish limit that the Willamette offers.

We’ll be launching out of Fred’s Marina and start fishing the Columbia River down around the mouth of the Willamette. There’s about 10 miles of river to fish in this area making it a nice central location to fish out of.  I’ll start running trips March 28 for the 2015 season. This will be about a two week window for us to fish before they’ll likely shut it down. If conditions allow for earlier productive fishing, I’ll put an email out letting those that can do last minute trips the opportunity to jump on board a bit earlier.

Let me know if you have any questions.