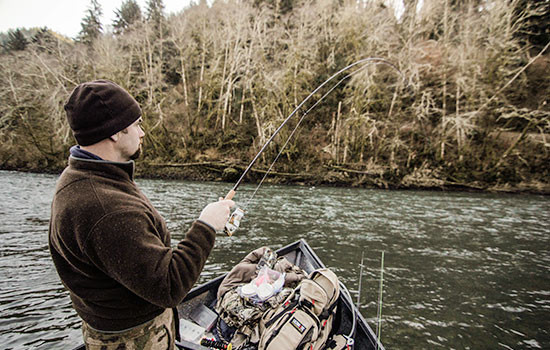 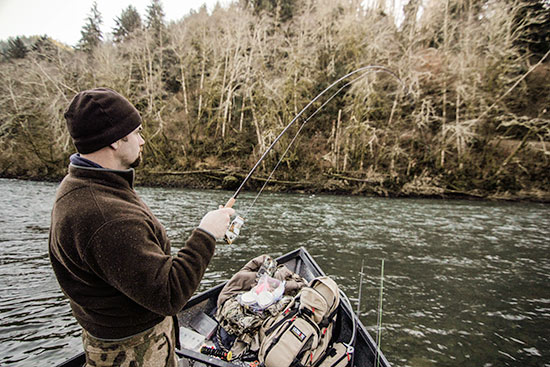 Small rivers and the opportunity to fish them for steelhead is one of my favorite things. They fight hard of course and not everyone can catch them. It makes it all interesting, challenging and even rewarding. Last year’s early run was nothing to write home about, but the late run offered up some pretty incredible opportunities. We’ll see what the returns offer up this year and I’m looking forward to seeing what’s in the cookie jar.

I’ll be doing my annual Christmas and New Years 10 day stint of fishing. Many have guests and kids back in town and steelhead fishing Tillamook County is a great way to spend a day. Early fishing isn’t as productive as the February-March fishing, but with fewer people we can usually scratch out some fish and they’re typically beautiful fish.

I’ll then pick up the fishing again in February and fish through March. As many of you know, I do fish my share of rivers. The Nehalem to the north of Tillamook, the Wilson, the Trask and the Nestucca to the south. I’ll even get back over the hill to fish the Sandy as well. Many ask, why so many rivers? The answer is simple- river levels! If you’re willing to move around, you likely to enjoy prolonged optimal fishing after a rain.

After a rain on the coast, often times the rivers will get muddy for several days, but the Sandy might be perfect as much of the river is above snow level. In other words, the Sandy didn’t blow out because all the water stayed on the bank in the form of snow. We can then fish the Sandy for a few days and then drop back down to Tillamook as the Wilson and Trask Rivers come into shape. The Wilson and Trask will begin to get a little on the low side and by that time the Nestucca is ready to go. After the Nestucca the South Fork of the Nehalem is ready it will fish for a good week when it finally comes into shape. What I just described is two weeks of fishing  and often times by then we’re looking at another rain event and we get to do it all over again.

Staying flexible and willing to fish other rivers means better fishing. It’s that simple. I’d rather move around and work a little harder than the next guy to have the opportunity at a few more fish during our day. Give me a call or send me an email. I’d love to get you on the books for this year’s Winter Steelhead fishing.