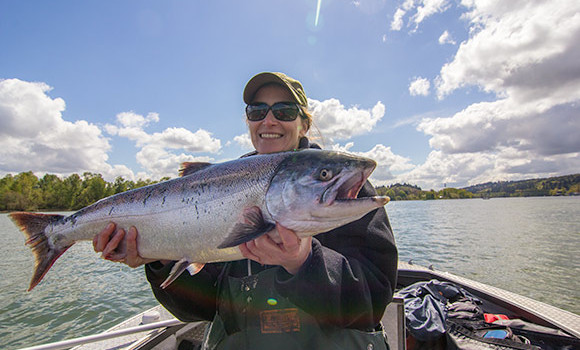 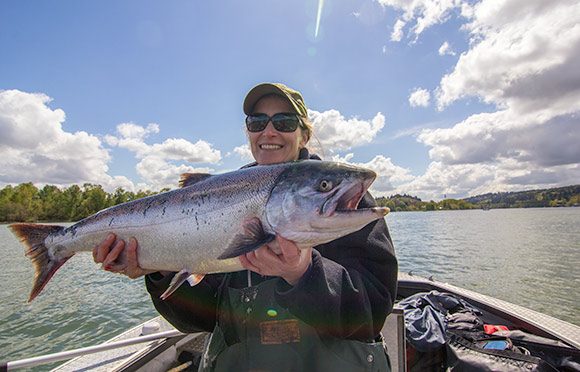 The Willamette River is still a side note with most everyone in the region focusing on the Big C. All that will come to an end shortly, but for some, the confines of the Willamette are treating them just fine.

While fishing the Big River yesterday a friend of mine and client sent me a text saying he had a double in the lower river. I also got a call from a buddy of mine in OC with a couple fish in the box. I even got a channel report from a friend that was 3 for 3. These are just the reports from yesterday, but they’re consistent with the decent fishing I’ve been hearing about for a week. I know of several 4-5 fish days from this past week all from different parts of the Willamette system so the fish are here and things should just get better over the course of the next week.

The return of 57,000 fish to the Willamette River this year is typical of the post Columbia River spill era. The biggest variable however for this year’s fishery is going to be water temperatures. As of April 1, water temperature at Willamette Falls was 56 degrees. This is very warm for the first of April and could change tactics this year in a big way. High early water temperatures don’t appear to be effecting migration at this point however as only a few hundred fish have gone over. Falls counts run 4-5 days behind so it will be interesting to see if fish passage has increased as we catch up with our data this week.

Bait is still king at this point, but know if the trend continues we’re going to be fishing a lot more hardware than is typical of our April fishing. The one bait exception that may have a prolonged life is prawns and we may even see more coon shrimp used this year as both will perform is warmer water temperatures.

I’m making preparations right now for post Big River fishing as it appears things will wrap up there on April 10. The spinners are ready, the plug boxes are full and my prawn stash is ready for what may be a memorable season. Let’s just hope our ability to adapt and figure things out makes those memories positive and not forgettable.

I’ve got a couple dates available for parties of 4 and a few spare seats to fill. If you’re looking to do some guided fishing on the Willamette River feel free to send me an email.