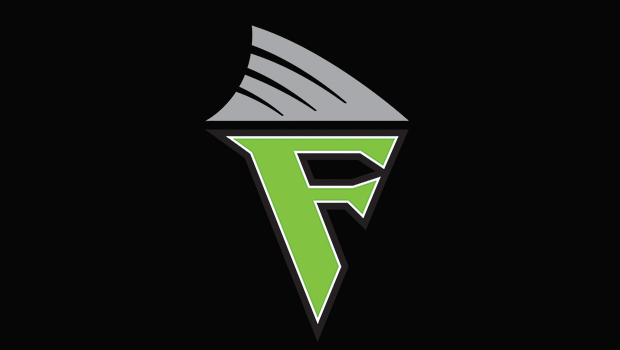 I don’t know what to think, but I’m a little bit irked that we’ve got rivers of the coast that rose and are now out of shape. I was supposed to be fishing and blah, blah, blah. I need to pound on a highchair. I need a highchair. That’s what I need.

Here’s the thing: Steelhead fishing has been good. It feels good when you’re not expecting a lot and you actually get something that’s pretty good. You know what I mean? It feels good because you’re thinking, “We’ll go out and do the onesie-twosie thing this year,” and that’s not how it’s been. There have been better years where you’ve got more double-digit days, but nobody’s upset over three, four, five, six fish. C’mon. Nobody’s upset about that. Really. I’ll take that. I’ll go out for that any day. That’s fun. That’s just hanging out with the guys, catching some fish. And that’s what it’s been. On the front end of “This year’s not going to be very good,” it’s like “Yes!” It feels so good. I’m stoked.

I’m stoked that once this water drops again, we’re going to have another crack at them. Really, the Wilson has just fished awesome this year. I know a lot of guys who have been down there fishing. We’ve talked about it quite a bit on this show. The Wilson River has provided the best fishing, period, anywhere. It might be anywhere in a state and a half because up north they didn’t do very good, and they haven’t done very good.

In Forks, that’s typically some of the best fishing anywhere. I’ve talked to some guides up in Forks who are saying they’ve never seen it worse. Now that’s saying something.

For those of us fishing the north coast and on the Wilson, it’s 100% in the opposite direction from what they’re dealing with in Forks. I’m telling you, that feels pretty good. It’s also interesting – and I don’t know how you connect these two things, but I’m going to say it anyway – it’s also interesting that the Snider Creek Broodstock Program has now been gone for a number of years. The returns that they would be seeing this year are gone.

You see the possibilities and the great fishing and excitement around Tillamook. It’s two very contrasting locations. Two very different directions. I’m glad I fish in Tillamook because the situation up in Forks is a mess. But let me tell you this right now: What’s made it a mess are the organizations like Wild Steelheaders United, Trout Unlimited and the Wild Steelhead Coalition.

All those groups? They’re headed to Tillamook someday. I guarantee you. They’ll start in with some of these younger guides and see if there’s a possibility to start creating some allies and having some guys that might step out and say, “I’m a guide and I’m all for this.”

You need to be careful about this. It’s already happened down in southern Oregon. In southern Oregon, around the North Umpqua, Wild Steelheaders United has already sunk their teeth in there. They’re already in down there.

How did they get in? They recruited Dean Finnerty, a longtime guide down there. There’s a lot of fly guys down there. So you make these connections, and it’s pretty easy to see.

Wild Steelheaders United would deny this and say, “Oh, that’s not the purpose. We’re here for steelhead, good times and Schlitz Malt Liquor. We love bait and we love gear. We love hatchery fish. We love everything!”

steelhead, good times and Schlitz Malt Liquor. We love bait and we love gear. We love hatchery fish. We love everything. Click To Tweet

But that’s not what happens. They’ve moved into Forks, and they’ve basically taken that area completely out. Granted they may have ocean conditions, I’m sure, that are contributing to this year. But, you’ve got contrasting directions and you’ve got basically a direction that’s called “Hey, let’s go out and swing a fly and hook one fish every week.” And you’ve got another direction that says, “Oh my gosh, we just hooked double digits.”

How is that difficult to choose? Apparently, we’ve got people who have moved here to the Pacific Northwest who somehow think throwing a D-loop and taking a step to the left and hooking one every month is somehow fun. Somehow that’s fishing! Yeah, I guess it is. It’s a whole lot of fishing. But jeez, man. Am I wrong that I like to actually go catching every now and then? Really?

In fact, when we did Hatchery and Wild, there’s that scene with the camera looking through the fence of the closed hatchery, and everything’s messed up and overgrown. Yeah, it’s kind of an ominous look, and that’s the way it is.

I’m not wishing any misfortune on my friends up north. People who have listened to this show know I’ve got good friends up there who are guides and run great operations up there. And I love going fishing up there. In fact, I was just up there with my dad not too long ago. But it’s interesting to contrast the two locations that are very similar in so many respects.

Don’t let these folks like the Wild Steelhead Coalition do this. I saw Bill Herzog on this video the other day. Bill Herzog is a well-known guy in the fishing community. He’s an author. He was on the radio program with Shangle up in Seattle there for a long time. I don’t know where they fell out or whatever. But I look and there he is with Wild Steelhead Coalition. And I’m sitting there going, “Really? Seriously?”

Everything around that area since those people showed up has sucked. They’ve showed up, and they’ve made the same claims that Mrs. Kostow made on the Clackamas River. Remember Kathryn? It was all about the getting rid of the hatchery fish. It was all about if we get rid of them, they’re all going to come back. That’s the big lie.

I’ve said it a million times, and I’ll say it again. I’ll say this to Bill Herzog as he joins forces with the Wild Steelhead Coalition. Show me one case – not five, not 10, not 20 – where they’ve done what they’re doing right now and somehow we’ve got abundance in those rivers 10, 15, 20 years later.

We could take a river that’s actually never had hatchery fish on it and talk about its abundance. It’s all good. We can do it. It just doesn’t exist. Certainly there are responsible ways to use hatcheries. I’m not saying plug everything full of hatchery fish. I think there are ways you can do it that are more responsible than others.

The shrimp, the octopus, the squid – all the little things that contribute – the anchovies, the herring, the sardines, the krill, and the consumption – the flat-out massive consumption. Those are big deals.

The consumption of Salmon and Steelhead on the open ocean by commercial operations is massive. Trollers, draggers, bi-catch, under size juveniles. And while we’re at it we might as well toss in a dose of bird predation and sealion predation.

Be aware, guys. Those groups are headed our direction. You’ve got something good, and that’s what you’ve got to be afraid of. If you’re listening in Tillamook County, I would contend it needs to be protected with everything you’ve got.

There’s more rafts driving around down in Tillamook than I’ve ever seen. It’s starting to look like Forks. There are more rafts and fly guys. A lot of these guys, they just don’t think. These people are from another place.

there are a whole lot of fly fishermen that are flat ignorant. Dumb in ways you can't even imagine. Click To Tweet

Wild Steelheaders United would say, “We don’t think all hatchery fish are bad.” That’s what they’d say. They say one thing and do another. So just be aware. Be aware, get your information, ask questions. It doesn’t just need to be here with me. I’m just one source. And I’ve got my sources.

Over the course of the last 15 years, I’ve talked to a whole lot of biologists. I’ve talked with the most extreme. I had Bill Bakke on the show I don’t know how many times. So don’t think I haven’t talked with lots of these guys. I can’t even remember all their names. I see their names in articles and they’re the bigwigs. I’ve talk with them all. Online, offline, I’ve gotten their information. Tribal biologists, Michael Blouin who did the Hood River study. I’ve talked with every single one of them, and they’ve all got points.

But it doesn’t tell the whole story. Maybe that’s what needs to start happening. We need to start including the rest of the story. Isn’t there somebody who made that famous? The rest of the story? I liked listening to that guy. That guy was awesome.

This article has been derived from transcripts of the NW Outdoor Show with Lance Fisher. Transcripts are edited and modified for readability.