Steelhead- Finding them in low water 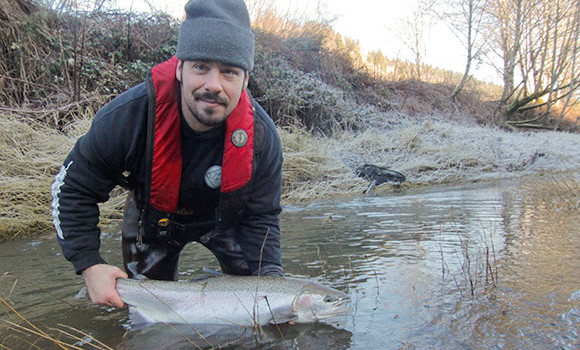 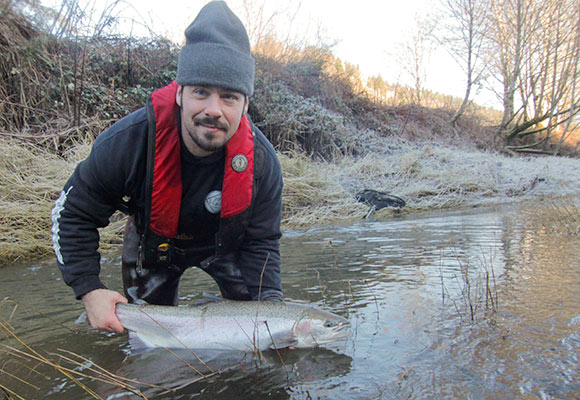 It’s a timely subject as we get into our first period of real low-water fishing during the prime part of the season. In the first segment of this week’s show, I get into locating steelhead and really thinking about where those fish are going to find comfort when things get low in clear. After the show, I got to thinking about the segment and what I didn’t say is what I want to elaborate on in this post.

Most of our steelhead are migrating from locations of plenty of water. Whether it’s her coastal steelhead migrating through the ocean and into the bays, or even directly through the surf, much of their journey has taken place in water depths and conditions that lend to their desire to have concealment from the prey above.  Likewise for Portland/Metro rivers like the Sandy and Clackamas, the migration path up until arriving to their destination river has happened in the depths that the Colombia and Willamette River offer.  Don’t get me wrong, I don’t think there are too many birds of prey that are going to carry off an 8 pound steelhead, but nonetheless, protection and concealment were among the first instincts developed in any surviving steelhead.

At some point steelhead will begin to feel the discomfort of being exposed. If the fish is already in the river as things go lower clear, that fish might spend only small selective amounts of time in tail outs and in areas without cover. Most of their time will be spent in depth or in broken water were their instinct that protects them is most comfortable. I think many fish will actually even back down the river or move locations within a stretch of river, to find that place that is more to their liking. Of course many of these in river behaviors depend on where the fishes in turn of it’s spawning cycle.

As for new fish arriving to the river, lower water can create navigational obstacles, but in my opinion a lack of concealment will do more to slow a fish down than anything. Often times you will find large numbers of fish even in low clear conditions kegged up in a few holes, or on larger systems, just a few miles of lower river. And while this segment and blog post isn’t about offering up specific locations, I think it will provide some guiding logic to help you locate these areas on your favorite river.

Check out the segment to hear more on fishing for low water steelhead.

Low Water Steelhead- Where to find them