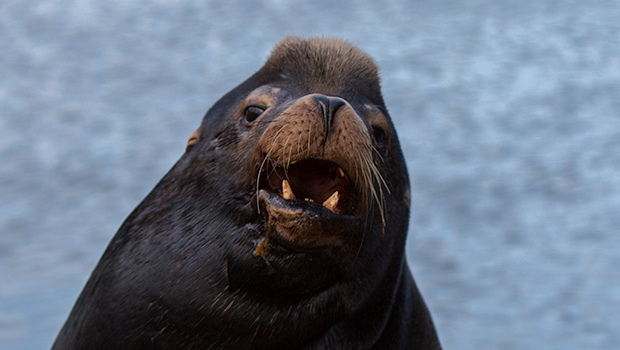 The whole sea lion thing is getting old. It’s been 10 years of things getting progressively worse. There’s been a lot going on over the last week on the sea lion front and being on the water a lot this time of year, puts me face to face with a nuisance that seems a long ways from being handled.

Seven sea lions are up in the Clackamas River now creating all sorts of havoc. Obviously, wild winter steelhead are up there, and there are all sorts of opportunities for the sea lions to basically sit in those bottlenecks and pick off fish, much like they’ve done now for many years up at Oregon City Falls.

Now, we’re just at about 500 winter fish that have made it over the Willamette Falls, which is just absolutely embarrassing. I say this just super pissed that as a country, as a nation, as fish and wildlife managers, we can’t get something like this fixed. We are this inept, we are this spineless and incapable of taking a super obvious situation where we’ve got a huge predation problem, and we’re unable to fix it because we want to placate to the emotionally unstable in this country.

The truth is , we’ve got people who are emotionally charged by wildlife issues. They’re saddened by potentially a seal lion getting whacked, getting thumped, getting shot, getting killed. It’s pathetic. If that’s you, you’re a total loser. I mean, loser, loser, loser. Turn in your man card, turn in your woman card. Seriously. Ever seen a pack of coyotes get on a newborn fawn? Have you seen how far an orca can toss a seal prior to devouring it? The natural world is not made up of emotions.

This isn’t an emotional issue. Wildlife issues aren’t emotional. We live in the world we live in today, and we need to manage predation. That’s our own predation, too. This isn’t difficult. This isn’t hard, but we’ve got a situation right now where these sea lions are totally running amuk. They’re totally over-populated and living in areas they’ve never lived. The longer this goes on, the more difficult it’s going to be to correct their behavior.

So yesterday we were rolling down into the lower Willamette River, and I looked over and saw a sea lion tossing a fish around. Of course, we kind of moseyed past it. It was about a six-foot sturgeon. The sea lion had it in its mouth. It was throwing it around. It was clear the sturgeon was already dead. The sea lion was basically starting to rip through it.

The reason I videoed it is because I don’t think a lot of people understand what’s going on. It’s going on regularly all the time. This was just one more case. This was just where you could get close enough to be able to video them. They don’t care that we’re there. They’re not threatened. They’ve made their home there, and they just kind of look at you and go on about it.

This sea lion was probably no more than 60 feet from our boat. He just went about his thing, not threatened, and that’s just so different from how it used to be. These things used to keep their distance. They didn’t want to come around human beings. They stayed out in the ocean where there was a better chance for nature to control them through orcas and sharks.

If you’re a sea lion, you want to come into the river. It’s safe. You’ve got fish here. We’re basically breeding that into the sea lions at this point.

We videoed several minutes. We sat and watched as he basically took this six-foot sturgeon apart.

We’re in a situation today where we haven’t retained sturgeon in some time. We’ve got tons of keeper size fish available, but we’ve got very few young sturgeon coming up because of instances like this. Our potential spawners have taken a beating the last 10 years and things have only gotten worse.

This is the reason I’m opposed to opening any keeper sturgeon seasons below Bonneville Dam. That circumstances that put us here in the first place are still happening as we continue to lose our larger sturgeon to sea lion predation. Until this is fixed and we’re getting new recruitment, there’s no reason you would put your species in jeopardy and potentially make a mistake that could jeopardize generations of fishing.

Right now, we’ve got sturgeon, but what we’ve got is in a few age classes and that’s it. That’s all we’ve got. Again, nothing coming in behind them.

This is right on the heels of a story I saw done by OPB. And really I can’t believe they actually ran this story. In fact the news may be that they actually reported on the news. The article is good and just reports the facts. What a concept! They were saying 6 percent of the Spring Chinook run was taken up at Bonneville Dam last year. This was just what the Corp observed. If numbers like that are floating around of “observed” fish being eaten at one location, what are the numbers river or basin wide? These numbers have got to be absolutely astonishing. I mean, unbelievable numbers. I honestly think it’s upwards around 20 percent. If you think about all the different bottlenecks and all the sea lions that are up and down the Columbia River and now in the tributaries, the numbers have to be significantly higher.

We’ve been here before, but earlier this week, Rep. Jamie Herrera Beutler of SW Washington and Rep. Kurt Schrader of Oregon introduced the Endangered Salmon and Fisheries Predation Prevention Act. This is a big step forward and hopefully this time around people and fish of the Pacific Northwest will get the help they need. Please, if you have a minute, contact your congress man or woman and let them know that you support this Act. While I haven’t seen the language of the proposal yet, from what I understand, the Act will cover the basin, meaning the Willamette and other tributaries could also get some relief.

Credit has to go to CCA on getting this whole initiative started several years ago. CCA has been working with the tribes and the sponsoring representatives for some time. I’m not sure that any of this happens without their initiative.

Hang in there my friends. Video and post these events as you see them and share other anglers posts of these sea lion events. It’s important that those that aren’t on the water understand the gravity of this situation.