Portland Spring Fishing- Let’s do it! 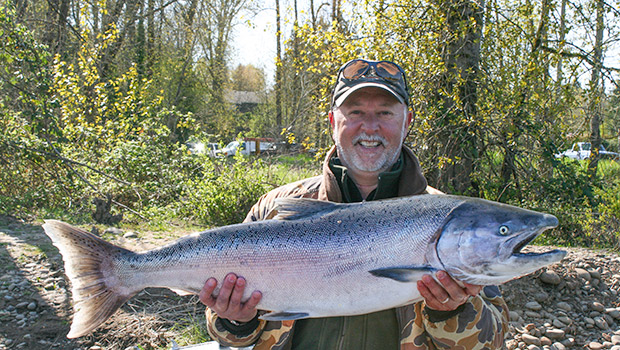 April feels like the first big month of fishing in the Portland area. With Salmon fishing on the Columbia and Willamette Rivers and Sturgeon fishing available on both, we have lots of fishing options to choose from through June. We try to keep the Lance Fisher Fishing Facebook and our fishing Instagram feed going during the year, so that’s a great place to stay in touch.

After a successful Columbia River Spring Chinook season and a very wet start to April, the Willamette River Spring Chinook run feels like its ready to go. The rains really put a damper on the second week of April, but a clearing river and rising air temperatures are giving us the conditions needed to be consistently successful.

Our guide service will be fishing from Multnomah Channel through Portland to Oregon City and where often times depends on conditions and trends. Many not familiar with the Willamette River Spring Chinook run would think that most Willamette fish would enter at the mouth, but the first Willamette River water that hits the Columbia is actually coming out of Multnomah Channel and because of this a majority of fish will make their way through the town of Scappoose and then by Fred’s Marina in NW Portland before reaching the harbor area in downtown Portland. It is believed that many of the arriving Salmon will move around with the conditions until which time conditions get fish wanting to move into the Oregon City area as they prepare to go over the falls and then further south to their home rivers.

Initially, the Channel and harbor section of the Willamette get most of the attention. Once water temperatures reach the low 50’s and by the third week of April, Oregon City and the area around Oregon City Falls will be a good option. Because of the natural barrier that Oregon City Falls imposes, Salmon tend to stack up in the tailwater below the Falls and the bites can be very good.

Many of our Willamette River Salmon arrive to the Portland area in May contrary to what many people think. Effort tends to be much higher in April, but opportunities to go out and have an awesome day will last through June. A little sun and some Salmon fishing close to Portland is never bad. 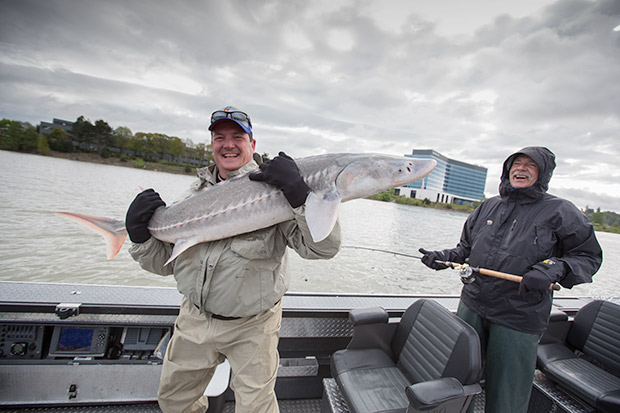 The catch and release Sturgeon fishing has been awesome this year. There was some concern in recent years with our lack of younger fish, but I’ve personally seen a big increase in numbers in 2018. I’ve seen catch rates around 6-10 an hour with everyone in the boat getting consistently bit. The other day we had to stop baiting hooks for 15 minutes just so everyone could eat a sandwhich! While the smaller fish bring lots of action, it’s also nice to see some larger fish in the mix. I’ve been seeing keeper size fish up to fish in the #70 pound class and to be honest, we haven’t even fished where we might catch fish in the #120 class. Needless to say the Sturgeon fishing is good!

Not Sure? Combo Trips for Salmon and Sturgeon

Salmon fishing the incoming tide(yes we deal with tides 130 miles from the ocean) and fishing Sturgeon on the outgoing tide is a great way to spend a day. This is super popular and a great way to experience a little bit of everything. If you’re not sure, simply ask for a combination trip.

Do you have questions, or want to make a reservation? Feel free to contact us. I’m happy to help!