Big Creek and Gnat Creek – Steelhead fishing that was 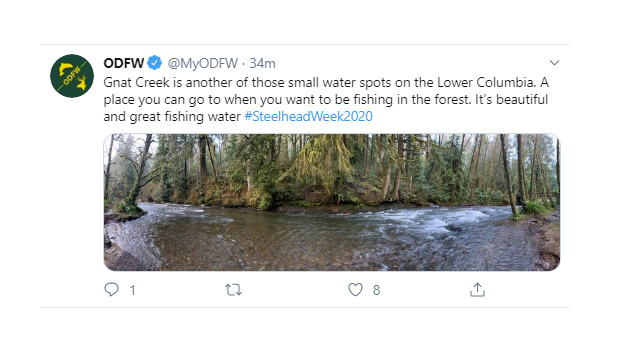 Big Creek and Gnat Creek, which are small tributaries on the Columbia River, used to be great locations for high water steelhead. And while not a place where a fishing guide is going to take customers, they were part of the fishing community and a place that people could go during high water or for folks that didn’t have boats. They were snaggy and hard to fish, but they had fish! Folks could show up when nothing else was in shape and at least you had fishable conditions. Like many other systems, hatchery plants were cut dramatically and years later, there’s nothing left. It’s the hatchery fish right???? So all these years later, with no dams in the way, what is it now? Hatcheries have always been around for mitigation purposes.. birds, pinnipeds, ocean conditions, habitat loss and commercial over fishing. Hatchery programs on systems like Big Creek and Gnat Creek were part of that mitigation effort. It’s important that the ODFW continues to hear from us.

It was more than just “good looking water” when the ODFW actually planted enough steelhead in it to make it worthwhile. Was a fun Dec. – Jan. high water fishery 20 years ago. I’d bet there were more native steelhead in it then too. Quite the experiment you all have going.