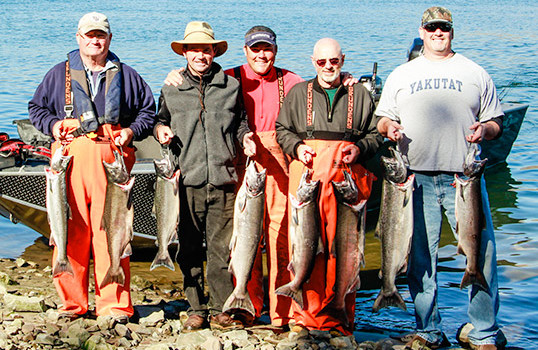 Coho, Chinook and great weather on the Klickitat. 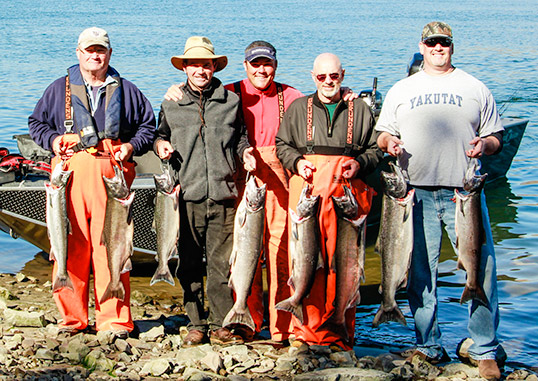 After 2 weeks fishing Tillamook Bay and tidewater I was ready for a change of scenery. So I called Mike, Joe and Russ to see if they would join me for their planned trip in Tillamook at the Mouth of the Klickitat River.

I had intel that some fresh fish had moved in and I guess everyone was up for an adventure. So after a Saturday evening with the NW Steelheaders at a tournament event, I headed east to the land of sage to see if the reports were true.

Early in the day the bite was a bit slow. We released one dark buck, saw a few fish caught, but weren’t seeing hot and heavy action. I let the guys know that the best fishing had consistently started around 830a (no asking why we have to start so early)and to hang in there. At 825 we were hooked up again and so the onslaught began. In a matter of 3 hours we boated 10 Salmon, 3 Coho and 7 Chinook. It was an awesome day with incredible weather.

This fishery was a blast this year and I look forward to getting back to it next year. Let me know if you’d like to get on the list for the 2014 season.