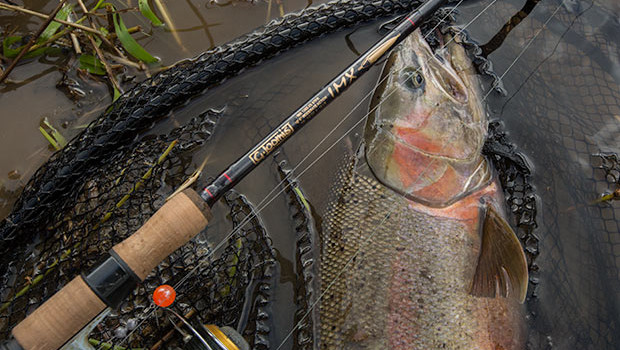 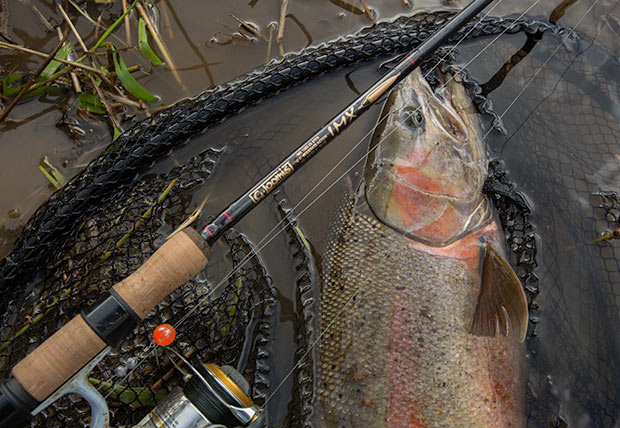 I was able to attend the G. Loomis IMX roll out on January 30th of this year. It was a great evening of seeing friends and being able to get a first hand look at the latest in rod development from G. Loomis.

One of the rods that caught everyone’s eyes was the new steelhead float rod, otherwise known as the IMX 1262- 2C. It was obvious from the first time I laid hands on this rod that it would be a big seller for Loomis and I couldn’t wait to get a hold of it and be able to pass on a review to everyone. Apparently I wasn’t the only one however. The available rods sold out almost instantly and as such I was only able to fish a single 1262 the last couple weeks of the steelhead season. The others will follow over the next few weeks, but I’ll be on to Spring Salmon here on the Willamette in a matter of days. 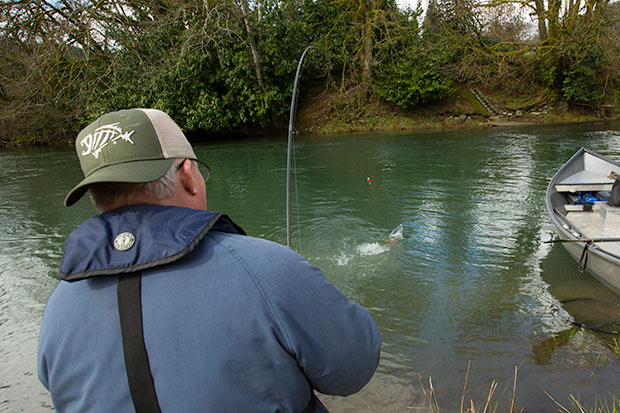 The 10’6″ rod is a wicked combination of power and light weight. The rod feels so light in the hand that it almost doesn’t feel real, but as I found out, it has plenty of power for any steelhead and even Spring Chinook. The 1o’-6″ length is perfect for float fishing- not too much, but long enough to cast long leaders. The blank also offers a stability that is almost creepy that really lends itself to pinpoint casting. I would expect as much from the rod’s designer and multi time world casting champion Steve Rajeff, but it’s difficult for me to understate the value of this part of the rod. In today’s day and age of casting from moving boats, accuracy is of critical importance. Often times an angler might only get one chance at a seam or a piece of structure as you race down the river. The ability to hit spots is a big deal and I’ll be honest, I didn’t expect this component to come into play as it has with this float rod. 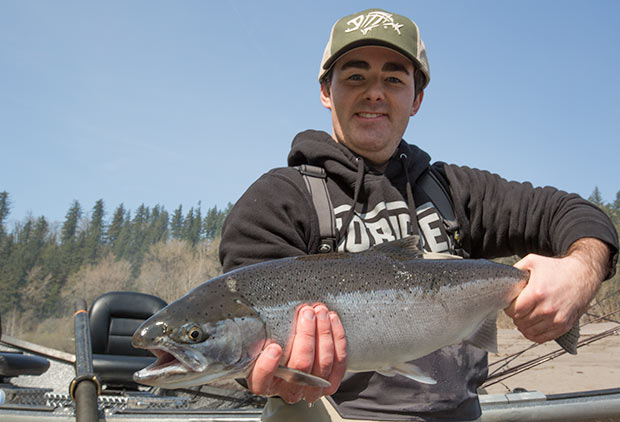 The other obvious piece of this rod is the fit and finish. I wouldn’t expect anything less of a $400 rod, but this rod fits the angler beautifully. The species select portugese cork is the finest in the world and how G. Loomis has developed the foregrip is a really nice touch.  The reel seat is a fuji real seat with cork midbody and the rod also sports a Fuji hybrid guide train. The guides are K frames which reduce line slap and potential wind knots.

All said my clients and I put a bunch of steelhead on this rod. The rod was an absolute pleasure to fish and I look forward to being fully equipped with a complete line up of IMX float rods coupled with Shimano 3000 ci4 Stradics for the upcoming steelhead season.