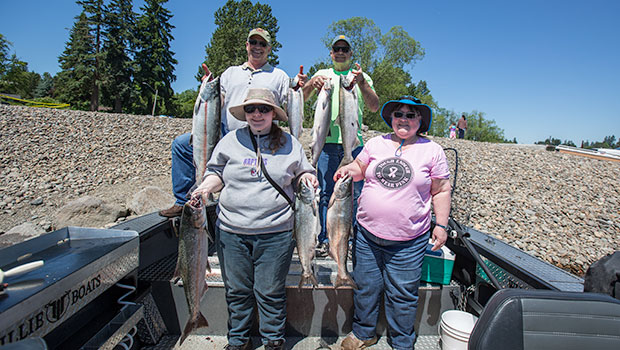 Spring is one of my favorite times as a fishing guide. It’s a time when the weather is starting to warm up, the trees and flowers are blooming and the Portland area is rich with Salmon fishing opportunities. The Spring Chinook that pass by the Portland area on the Columbia River and run through the city on the Willamette River from the middle of March through June is one of the great calendar events of the year for me. Not only is Spring Chinook the finest tasting of ALL Salmon, but the mere fact that these fish are available in a Portland-Vancouver Metro area with a population of over 2.2 million people is super amazing. There is simply nothing like it and is totally representative of how amazing and blessed we are to have the fishing opportunities that we do.

As I write this, we will start running fishing charters for this year’s Spring Chinook season around the middle of March. I don’t think it’s going to be lights out in the middle of March, but I believe there are going to be fish caught every day. Both the Columbia and Willamette have already begun to kick out fish and behind it all is the mild winter. The mild winter will translate into less runoff and incoming Salmon simply aren’t going to have the volume of water to swim against as they make their way to their spawning areas. Because of this, these fish are going to make pretty good time getting up the river. As a fishing guide, I’ve done this for a while and have seen some pretty good March fishing following mild winters and I’m bullish on this 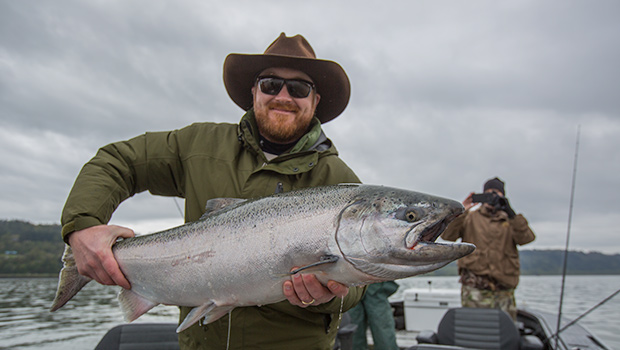 As I wrote in the 2018 Columbia River Spring Chinook Forecast, the Spring Chinook run is projected to be open through April 7. About 220,000 Salmon are expected to make their way above Bonneville Dam which would be a significant improvement over last year if the run comes in as forecasted. The limit is one Salmon per person. Although we fish for Spring Chinook down to the Astoria area, some of the best Spring Chinook fishing on the Columbia happens within 45 minutes of Portland. The convenience factor for so many people is a huge plus to this special fishing opportunity. When the Columbia closes, we will move into the tributaries like the Willamette River and Cowlitz River. 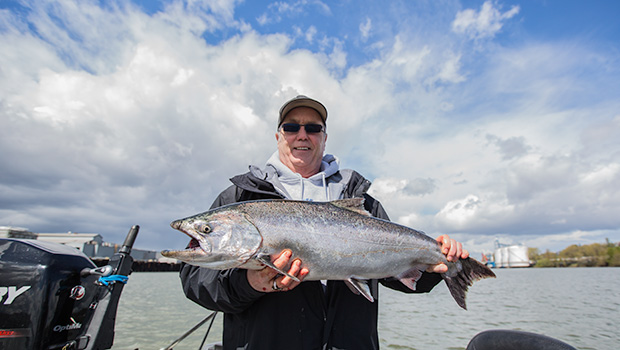 The Willamette River is my favorite place to guide for Spring Chinook. The season lasts significantly longer and overall, because of the two fish limit, we’re able to catch a lot more fish:) The Willamette River is forecasted to receive about 58,000 Spring Chinook back and over Willamette Falls. If this run comes in as forecasted, this too would be a nice improvement over last year. I fish the Willamette from Oregon City Falls to the bottom end of Multnomah Channel. I love following the main concentrations of fish and have been fishing the system long enough that I really don’t care where I go. My favorite spot is where the fish are and it’s easy enough to travel up and down the river. I can be from Oregon City to downtown Portland in about 15 minutes, so covering water is no problem.

Feel free to contact us by filling out our contact form or call +1 (503) 922-0027 if you’d like to get out. If you’re coming into the Portland area from out of town, we can easily guide you in the right direction on lodging and other things to do while you’re in the area.