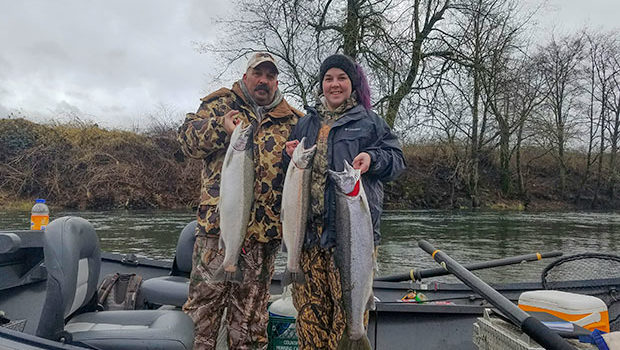 A little nap after a year of fishing is always in order. Nearly ten months of fishing will do that to a guy. But there are a few things that will get you going again after resting up and shiny, chrome bright, missiles on the Wilson River, only a few miles out of Tillamook Bay will do just that.

The snow and ice didn’t help the last couple weeks, but when guys have been able to get to the river, they’ve been rewarded with very decent fishing to say the least. The Wilson has one of the better early runs on the North Coast and is an early indicator of how the rest of the run on the North Coast will shake out.

In the coming weeks, more and more brood stock fish will show up along with larger numbers of natives. The combination of the two really makes for some fun fishing that combines the catch and release of natives with the take home variety of hatchery brood stock fish. The months of February and March also lend themselves to warmer air temperatures and as a result, water temperatures which plays a nice roll in making the fish more aggressive and acrobatic once hooked. 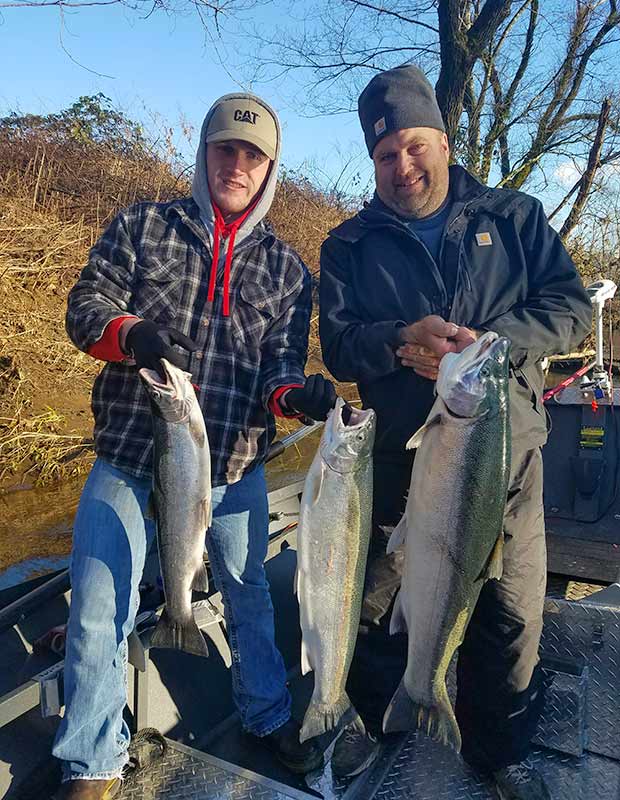 Along with the Wilson River, we will also be running trips on the Nestucca River as well. Often we will even fish both rivers in the same day as they are only about 20 minutes apart.

Again, we will be fishing out of my 17×54 Willie Drift Boat which is amazingly equipped for the hands on fishing that I do. The boat will only fish two and separates the two anglers front and back so that there is plenty of casting room. Each angler has a captains chair and hip-locks that allow people to stand while going through just about anything. The ability to stand definitely helps with accurate casting.

Like last year, I’ll have plenty of help to get people out. Bruce, Nick and Eric are all great fishermen and fun to hang out with for the day. These guys do a great job for my clients when I’m unavailable or if you have larger trips of up to 10 fishermen.