Home » Fishing Blog » Conditions Improve and Magically, So Does the Salmon Fishing

Conditions Improve and Magically, So Does the Salmon Fishing 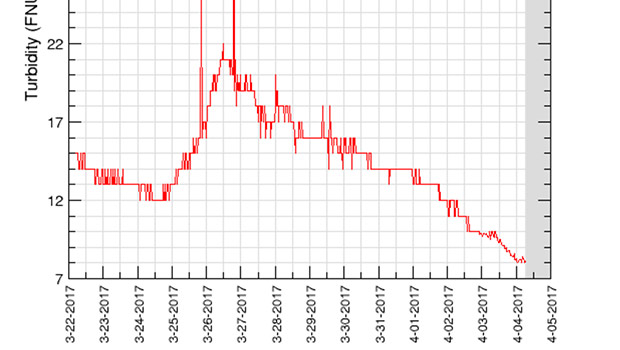 I’ve never been a big fan of late March Salmon fishing on the Columbia and 2017 has brought us an example as to why I feel this way. Early season Salmon fishing at it’s best is inconsistent. This year, with huge snow packs and turbid conditions, fishing got off to an understandably slow start. What’s more of a shock is that anyone is surprised.

Anyone that has fished for Salmon knows that you’re not going to do well in turbid conditions and it hasn’t been until this last week that turbidity levels have improved. High flows are fine in my opinion. We can catch fish in areas that Salmon like in high flows. There is no cure for poor fishing when rivers are muddy. 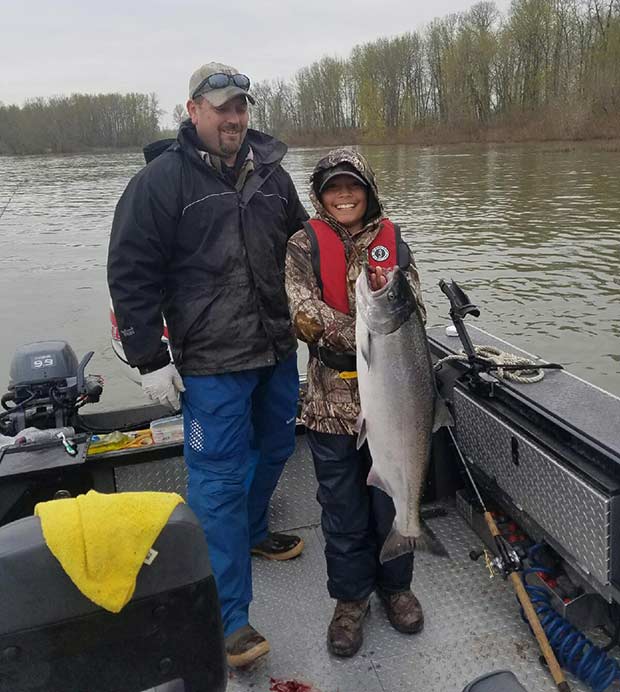 Saturday, turbidity conditions had improved enough to where we started catching fish. Turbidity levels on the Willamette today are around 8, which is a great reading for catching fish. As the Lower Columbia River’s largest tributary, good turbidity readings on the Willamette are going to go a long ways to improving fishing on the Columbia as well. To further confirm our improved trajectory, Sunday, April 2, test nets caught a total of 102 chinook and 8 steelhead in 17 drifts in Zones 2 and 3. These are very good numbers and we’d expect such results based on our catch rates the last few days.

I expect numbers to improve everyday through the closure. The Willamette, in my opinion is the real opportunity as many of the early Willamette fish, because of poor conditions on the Columbia, slipped through and didn’t get caught. For those of you that don’t know, we have 1 fish limits on the Columbia and 2 fish limits, plus the use of barbed hooks on the Willamette.

I’ll have boats at both locations. When the Columbia closes, we’ll all be in the Willamette for a couple weeks and then we’ll split up. At that point we’ll have a couple boats above the dam this year and a couple in the Willamette as we approach the end of April and get into our May fishing opportunities.

Looking to get out? Contact us with any questions or to book your trip.