I’ve been doing some Christmas time steelhead fishing the last couple days. I guess you could say it was time to shake the cobwebs a bit. Typically I take a couple weeks off after a marathon year of incredible fishing. You know a guy has to rest every now and then, but not very long mind you. I love fishing and when I’ve got a little rest in my blood, I’m all the eager to get on the water again.

Of course December fishing in Oregon isn’t what it used to be. I keep saying that 12 years after they changed to Native Broodstock on the North Coast. Granted, we’ve got a way better fishery in February and March than we used to have, but December and the first part of January is for those that HAVE to go and I’m glad those types exist! Who knows, I’ve threatened to move up to the Olympic Peninsula to fish December and January. They still get a great hatchery return their and I love that neck of the woods. Who knows, maybe you would too?

Conditions were good the last couple days and we found fish everytime out. The fish look real nice this year. Maybe it’s a big fish year? It’s not conclusive at this stage of the game, but I’m liking the broad-backed fish that we’re seeing.

Come out and see for your self. Let’s go steelhead fishing! 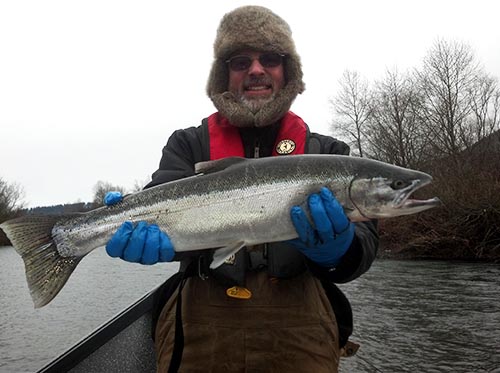 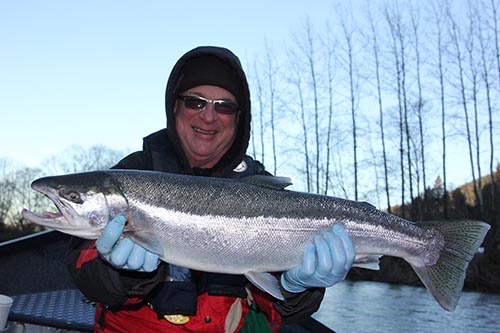