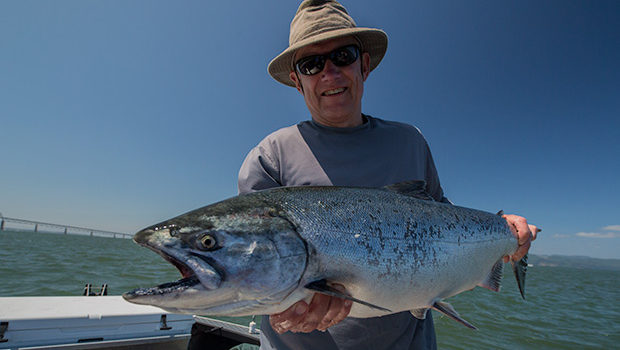 By popular demand, I started my Astoria guided fishing charters the first week of August this year. Last year’s early season beat down had all of us pretty optimistic for the first week of August despite totally different conditions. I personally didn’t think we’d see anything like what we saw in 2015 and I don’t mean to be Captain Obvious, but in 2015 the good fishing started at the end of June and went all the way until we “officially” started in August. That being said, I wasn’t worried as I’ve never spent a ton of time in river early on and generally bolt for the ocean looking for Chinooks along Long Beach or Coho wherever.

Rule #2 in guiding: Nothing will be as you expect. 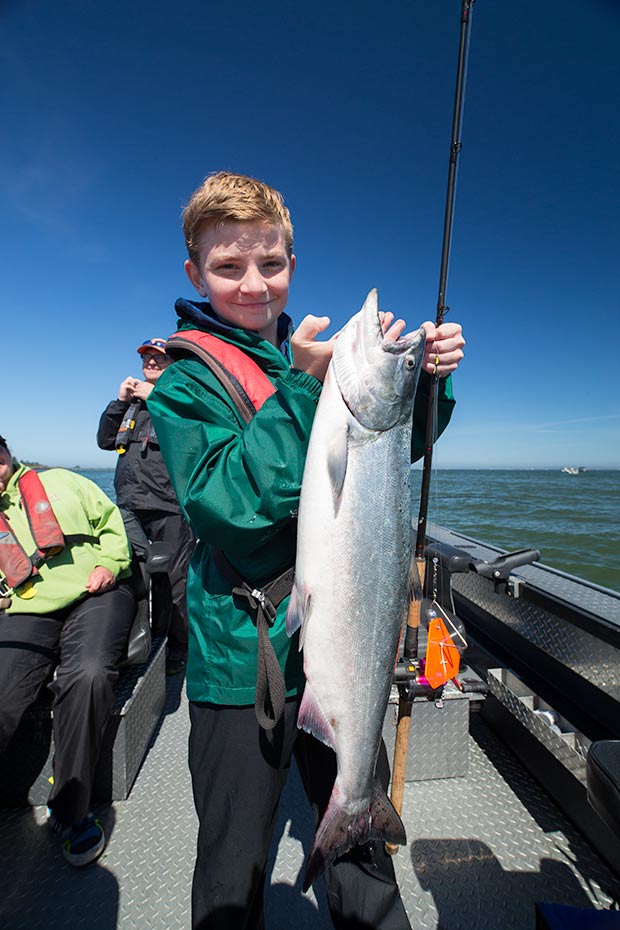 When we began fishing for Salmon the first week of August, the ocean was immediately not an option. It was a total mess with winds often hovering between 20 and 30 at the Clatsop Spit Buoy just off the mouth. There were even numerous days with the ocean swell over 8 feet. And while there have been several days since that have allowed fishermen to get out, I don’t think I’ve ever seen an ocean as consistently rough for the Buoy 10 season.

Left to the river early on, I thought fishing was pretty good. I endured an early season for 2003 with regular butt kickings and this year’s fishing was a long ways better than I remember then. Most days we got all our Chinooks and there were some really nice fish around early on. These were beautiful, up river bound fish that bit really well. The speed of the bait was hyper-critical early on, but that was figured out pretty quickly. 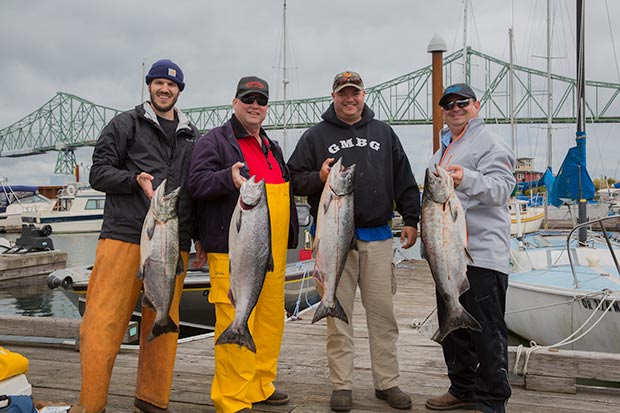 Feeling pretty confident early on, led to a series of days that were as tough as I’ve ever seen while Salmon fishing in Astoria. A couple days of struggling followed by a day or two of being a hero. Patterns were really hard to come by. A move that worked out the day before, might yield nothing the following day leaving me reeling for a new move. I can’t even imagine my cell phone minutes this year. 10 days of manic fishing had everyone scrambling and even when I was in a good rhythm, my fishing partners could be struggling, looking for a bite. We had some good days and some not so productive days, but one thing is for sure, the middle third of the season did not provide the sort of consistency that we’ve come to expect in Astoria.

Rule #4 in guiding: Fish do what they do.

About the 18th, some consistency to the bite began to prevail. One of the big contributors was the arrival of some really nice Coho. Couple these good, heavy flow biters with decent bites and low and high slack of Chinook and you had the makings for some good fishing. Adding to the action are a bunch of jacks (2 year fish) that have no problem pulling a rod down and area a good sign for 2017. The Chinook were small through the middle part of the season, but upriver bound fish that were available early on have again become a part of the catch.

I’m not sure what the issue was for that 10 days of inconsistent fishing. Some would say the fish weren’t there, but according to my Garmin, there were lots of fish there. Could they have been just bolting though? No one will be for certain for another week or so as counts at Bonneville Dam take shape, but to this point, we’re right on schedule. As you can see from the Year to Date comparison chart for Bonneville Dam, we’re actually ahead of last year’s bodacious return. While I estimate that we’ve  caught about 10k fewer fish, these numbers are still in line with the 900k expected. The 2015 numbers were over 1.3 million, so we are looking good to this point. Of course this bodes well for the Portland fishing that we’ll be doing in the next couple weeks. 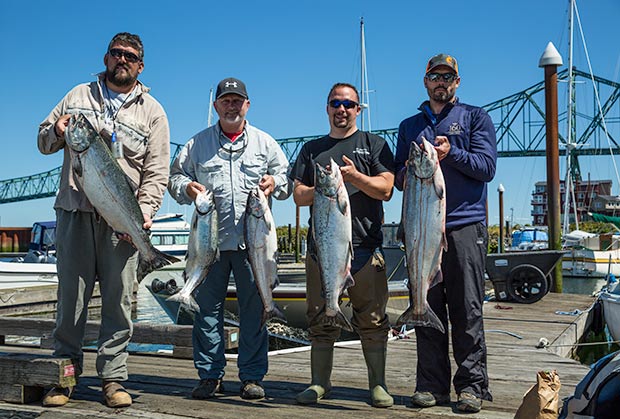 This is a big week in Astoria and I really feel like we’ve got some “mo”. The last several days have yielded 12-25 bites per day for me and my guys. That’s leaps and bounds better than where we were at and maybe those 100 degree days to our east are finally slowing these fish down. We’ve got some killer tides happening this week and my guess is that we’re in for some pretty amazing fishing.

Rule #5 in guiding: Don’t take yourself so seriously.

If you’re looking to head out and do some fishing on the Columbia River, feel free to send me an email and I’ll see what I can do to get you fishing in the coming month or so.