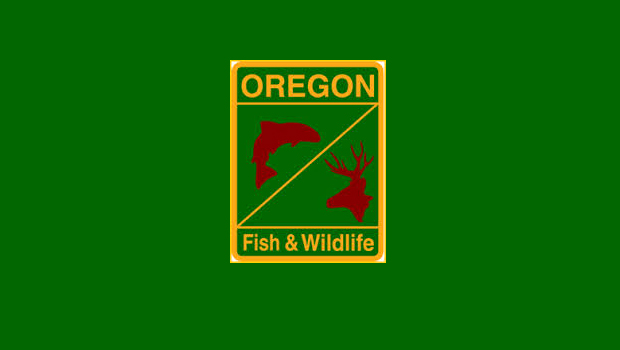 The ODFW Commission met Friday to disuss among other things, Columbia River gillnets. Oh. My. Gosh. What a frigging marathon of a meeting. It was hours and hours and hours. It was brutal. I watched it live on Periscope. I was like, “Are these folks ever going to be done?”

It was one piece of testimony after another. It was gillnetters. It was sport fisherman. People were crying. People were literally beside themselves. Commissioners were angry. It was rather interesting.

It was never out of control, but emotions were high. It was, at times, difficult to listen to. It was squirmy. Can I say squirmy? It was squirmy. It was! There were times when it was just flat uncomfortable.

I liken it to some of the shows my wife makes me watch. I sit and just squirm, but my wife is totally cool with it. I’m sitting there having a heck of a time with whatever’s happening on the television, and she’s like, “Oh, it’s a drama. It’s a drama.” And I’m like, “Yeah, it’s drama. It’s freaking me out.” If it weren’t for the fact that I run guided fishing locations in Astoria and Portland, I wouldn’t listen to this for a second. And I’m not alone. This was confirmed with testimony by Tim Schoonover of Maxima U.S.A. indicating that when he was back lobbying for the ASA in D.C., nobody wanted to talk about the contentious mess we live in here in the PNW. Can you blame them?

Regardless, that’s what that commission meeting was like on Friday. It was total drama. I guess, in the end, if you’re keeping score, some people would say the ODFW Commission made progress. I don’t know about that. They moved a little bit toward the State of Washington. They got a little bit closer together.

If you’re new to this conversation, you’re going, “What is this guy talking about?”

Basically, we’ve got two states that manage the Columbia River: Oregon and Washington. We had a bi-state agreement calling for the eventual removal of gill nets from the main stem of the Columbia River. It was going to happen over a number of years.

Alternative gear would be explored and used. That hasn’t been as successful as, I think, some people thought in terms of using seine nets. Seine nets are difficult to use in the Columbia because the current is moving. You’ve got to be on top of the fish. There are a variety of difficulties there.

The bi-state agreement and the senate bill that directed them were not well written. There was lots of room to wiggle. I remember when it was written, many people wondered if it would ever come to fruition.

I think we got partway there. We’ve moved a little bit toward the direction that was agreed upon. As you might recall, there were a number of years where splits were 55/45 and 60/40. Today, we’re looking at fall chinook splits – at least what came out of the Oregon Commission – of about 70/30.

So, things have changed and things may be as good as they can get. The Oregon Commission came out of the meeting earlier this year and basically said, “It’s going to be 34% for commercials and 66% for sports in the fall fishery.” That was way off from what the Washington Commission said. They were way, way, way off. The Washington Commission moved a little bit and, basically, the Oregon Commission has, too. But they’re still a number of points off from each other. The question is, what do they do? What happens now that there are still differences?

There’s a pretty good chance that allocations will just go unused in the lower river. If they cannot come to terms, they’ll actually let those fish swim. I’m sure the people in the upper river are rejoicing at this point at the possibility, and good for them. They get screwed regularly and if they get a little bump as a result of the dysfunction, I think it would be great.

Originally, those were going to be large mesh sizes, which allow steelhead to swim through the nets. If they end up going to tangle nets, those are a lot more effective at catching steelhead, and not as effective at catching the salmon. Still, I think the steelhead are the constrained stock at this point. The summer chinook – a lot of people don’t realize this – but they’re not at all protected or threatened at this point. This is one of the main reasons that there should be a non-select season on these fish, but the tribes of course are against it and surprisingly, so is CCA and NSIA.  5 days of full retention would be better than the roughly 30% mark rates anglers currently get on a run that returns betwen 60 and 120k fish. This is another conversation altogether and I’m not going to get into it now.

The steelhead actually have had some difficulties in recent years. It’ll be interesting to see what happens as we approach summer because there will be more and more pressure for the Commissions to actually come together and figure out if they’re going to be able to manage concurrently. Or are they going to, for the first time, manage separately and go off on their own. We really don’t know what’s going on.

People are freaking out about this. All sorts of people on the threads I’ve read and the people I’ve talked with are threatening to only buy Washington licenses. For those who just fished the Columbia River, they’re talking about using the Washington license and not buying Oregon licenses. All sort of people are very, very upset. It was quite the deal at that Commission meeting.

The Commission made it pretty clear that they weren’t going to just roll over and play nice. They knew, I believe, that there were four votes, and it looked like they picked up a fifth. It was four to three in January and I think it was five to two this time around had they actually voted. Don’t get me wrong, they voted, but it was decided and I believe that a united front was important to the commission.

That money has been pulled from a lot of people. Currently, I think there is about $1.5 million sitting in that account right now. Apparently, the other part went to the general fund. You know how that works. That just pisses me off. I’m serious. When I hear that half of that money goes into the general fund, it just torques me. It’s like, “Dude, really?”

That’s one thing I haven’t heard the ODFW Commission talk about at all. It’s just a side note. It’s one of the reasons sport fishermen are pissed. They feel slighted. The feel jobbed. We gave up. We pay these fees. We lost Youngs Bay, and we’ve got this barbless hook thing that everybody knows is ridiculous.

We gave up those three things under the idea that this thing was going to happen. It hasn’t happened. How are they going to unwind that stuff? That’s what I want to know. Are they going to make an effort to unwind it? Is one of the commissioners going to step up and say something?

That needs to happen. That needs to be made right. As far as I’m concerned, they could send refund checks to everybody who had those licenses. That money hasn’t been used, and it was applied for very specific reasons. They can send the money back. They could say, “Sorry. We changed our mind. Things didn’t work out the way we thought they would.”

That would be responsible. That would be upstanding. That would be right. “Hey, we got it wrong.” In fact, I think that’s the only outcome that is acceptable. If indeed this thing is derailed and that money is not necessary, then they can refund it. There’s just no two ways about it. They have to refund that money in order to make it right with sport fishermen.

I would also contend that they should rollback the barbless hook regulations. No science says anything about whether barbless hooks make one bit of difference. In fact, it just makes it harder to catch fish.

What kills salmon, for sport fishermen, is when you catch salmon in the rakes. That’s when you kill them. It’s that simple. It doesn’t have anything to do with a barb. That’s the stupidest thing I’ve ever heard. Any fisherman who’s fished knows it. It’s silly. A barb is not that big of a deal. In fact, I’ve killed plenty of fish with flies and none of the flies I use on the Deschutes have barbs. The bottom line is, there is unintended mortality when fishing and barbs have nothing to do with that mortality.

This article has been derived from transcripts of the NW Outdoor Show with Lance Fisher. Transcripts are edited and modified for readability.