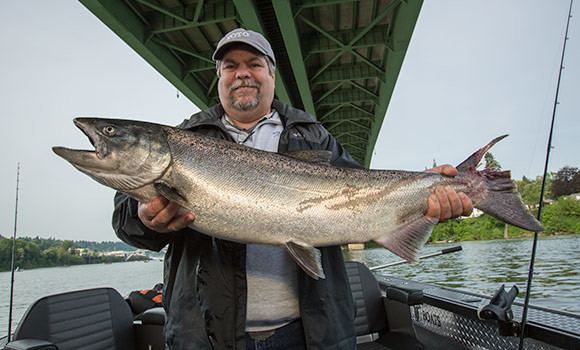 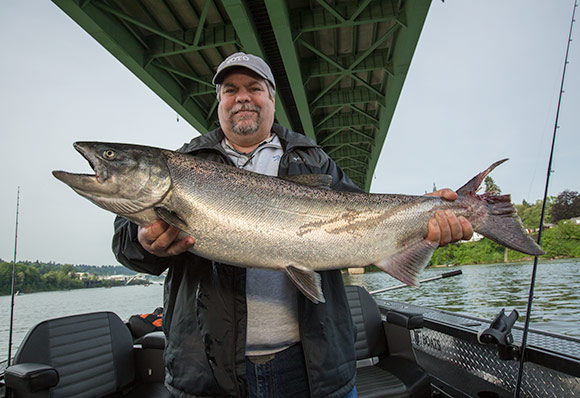 I love fishing for Spring Chinook on the Willamette River. It offers some of the more technical fishing that I do all year and it’s close to home to boot! ODFW managers met last week, compared all their notes and offered up their prediction for the upcoming 2015 Spring Chinook run. 55,400 fish is the number that we’ll look forward to  which is comparable to last year. Last year’s run of 58,000 offered about 3-4 weeks of fishing between April and May, which will give folks an idea of what to expect. The run will be made up of 2,300 Jacks and 45,200 hatchery fish. The remaining fish will be wild stocks which puts the fin clipping rate at about 18%.

Conditions once we hit April will dictate how long the season goes. A big snow pack does wonders as water temperatures will tend to stay low with the increased flows. Spring rains also help and I’ve even seen them rekindle a run that everyone thought was over with resulting decreased temperatures.

Of course I’ll be fishing eggs mostly and employing some of the same techniques that we use elsewhere. The one difference is the use of divers as I don’t use them anywhere else. In particular 2 miles of river, current speeds are such that divers fish really well. The bottom is mostly consistent and the method works really well with the small egg clusters that we use.

Those of you that fished with me up on the Klickitat saw the new bait station that Willie Boats built for me. Fortunately, due to a law change we’re now able to dump carcasses into the part meaning I’ll be able to send you home with filleted fish as opposed to the whole variety. Your choice certainly, but most would like to avoid the mess.

Also, this is a great fishery to bring people into town for. The hotel that I refer people to is the Best Western in Oregon City, which puts your right in front of where we meet in the morning. All the rooms have a river view and for less than  $100, it’s quite the deal.

I’ll start fishing on the 28th of March on the Columbia and then will move into the Willamette around the 10th of April.